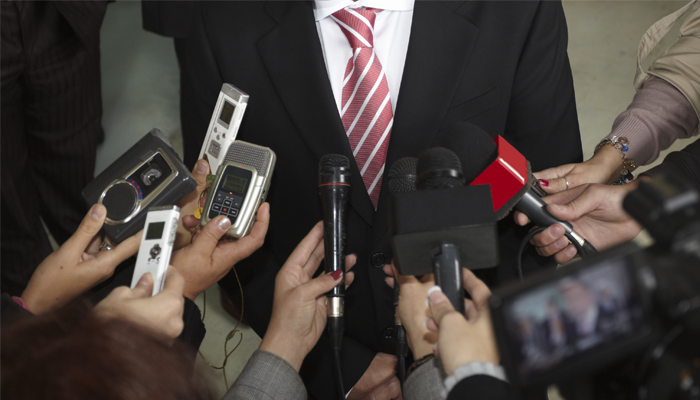 The goals of new small businesses often share some common components - Provide a great product or service, market that product of service, and build a loyal following.

As it turns out, the needs of great political leaders often fall under these same categories. Their great product? Their political platform. Their marketing? Their campaign and presence on media. Their loyal following? Those that will vote for them come election time.

Thankfully, these similarities provide small businesses a great source of opportunity to learn how to better their own practices. We've learned a great deal from our political clients over the years, and they're not so different from the small- to medium-sized businesses with which we work.

Here are 5 lessons we can learn from our politicians:

1. Have a clear platform

When you hear the names of notable candidates running for office, you can usually sum up their platforms in three words or fewer. Bernie Sanders: College Tuition. Donald Trump: Tax Reform. Hillary Clinton: Income Inequality; Opportunity. Ben Carson: Education. While these candidates maintain stances on other notable issues, they have created particular battle cries to stand out from the crowd.

Like political candidates, you should be able to sum up your brand with only a few words. What is the essence of what you do? Keep it simple and stay on message. By targeting your efforts to a specific need and market, your business will be easily identifiable to consumers and industry professionals.

Polls show that people respond more favorably to candidates who run clean campaigns than to those who specialize in negative portrayals of their adversaries. Politicians who focus on promoting the merits of their own vision instead of slinging mud at the opposition have an easier time staying on message.

Don’t get so distracted by targeting your competitors that you lose focus of your own positive assets. Focus instead on spreading the word about your brand, your products, and your services. When you strive to circulate positive connotations about your business, consumers will respond favorably.

Nobody likes politicians who make a habit out of switching positions on the issues. Politicians with a propensity for flip-flopping steadily erase the public’s ability to place trust in their leadership and decision-making abilities. While taking time to make an informed decision is respectable in itself, remaining too long in limbo can also prove frustrating for the public.

The same goes for your business; while you should certainly take the time to evaluate your business model and inventory, don’t change your focus so much that consumers can’t keep up with the point of your operations. An evolving business plan is a natural progression of running a company, but straying too far from your bottom line can be detrimental to brand loyalty.

Remember that scandal about Benghazi? Well, it’s back. Former Secretary of State Hillary Clinton has spent a recent week facing grueling committee hearings on the state department’s role in the deadly attack on the American diplomatic compound in Libya. She has been accused of concealing the true nature of the attack and failing to assume responsibility for the situation.

Although the secretary’s role in the aftermath of the attack is up for debate, legislators have used these lengthy hearings to seek specific answers and definitive explanations. Should your business find itself in a sticky situation, save yourself the trouble by immediately offering an explanation and options for resolving the issue. Transparency can serve up some hard truths, but it is much easier to move forward than to backtrack.

The 2008 presidential election was notable for being the first to really employ targeted social media efforts. President Obama surged in popularity on a national level due in part to his effective social media presence. Since then, candidates have made a point of going beyond the standard television spots, phone calls, and door-to-door campaigns. Instead, they and their supporters are reaching voters through Facebook, Twitter, YouTube, Vine, Instagram, Tumblr, and other platforms.

As you market your business, consider utilizing numerous methods of communication to interact with your consumers and establish a brand personality. Read on for suggestions on how to effectively target your online content!