5 Things You Didn’t Know About Your iPhone 5S 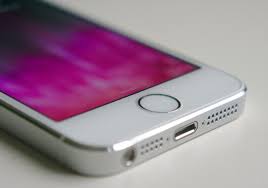 Congrats! You're the owner of an iPhone 5S.  You've probably noticed its fast, easy functionality.  There are, however, some pretty neat tricks that it can do which many users don't take advantage of!  Here are our 5 favorites from Trusted Reviews.

1. Your volume up button is also a shutter button

Taking selfies has never been easier with the iPhone 5S.  Instead of trying to awkwardly hold the phone and press the photo capture button on the touch screen, just click the "volume up" button.  It acts as a shutter, so your iPhone photo-taking experience feels a lot more like holding a real camera.  Nice!

The ability to record slo-mo is probably one of the coolest features of the iPhone 5S.  Slo-mo footage can be recorded in 120fps in 720p resolution.

Where do you find this feature?  Simply flick right to left on the main menu of your photo screen to locate the "slow motion" mode.  Bring on the Matrix remakes.

Hey, Siri's not perfect.  While we've found that you can improve her accuracy in answering your questions with this phrase, another great way to get Siri working in tip-top shape is by letting her know when she mispronounces a name.  Literally tell Siri: "That's not the way you pronounce [name]." She'll then give you a bunch of different ways that she can say the name and then you can choose the closest to the real name.

4. Use the LED Flash for Notifications

While iPhones don't have a front flashing notification light like Android phones do, you can make your iPhone 5S do something very similar with its LED light.  In Settings, you can make your camera LED light flash when you get a new text message, email, etc.

Go to: Settings, General, Accessibility
Scroll down to the "Hearing" header, underneath which there is a "LED flash for alerts" option

The "Touch ID" sensor on the iPhone 5s home screen button (marked with a silver ring) brings with it the unique feature of a passcode-free phone by letting you use your fingerprint as an unlocking mechanism.  BUT!  You don't have to just use a finger!  You can use any suitable surface to unlock your phone, such as your nose, elbow, your dogs nose... anything consistent really.

5 different "fingers" (or whatever you decide to use) can be validated in the Touch ID panel.

Well, there you have it.  We officially dub you an iPhone 5S guru.  Let us know what other neat features you discover!