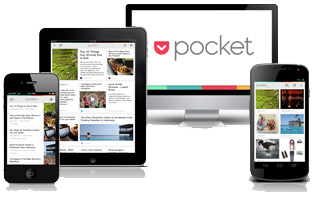 Here I am, sitting on a plane without wi-fi, and I need some research materials for some articles I'm working on - including this one. I need to access Internet content, without an Internet connection. No problem!

Why not? Its all thanks to Geek's favorite save-for-later tool, that has been integrated into over 400 apps and is currently used by over 9.5 million people.

It's called Pocket. You may have heard of this tool under its former title, "Read it Later." Its the best way to save articles, videos, and more web content for later enjoyment - no internet needed. It syncs with your computer, smartphone, and tablet so you can access your content anywhere.

Pocket was originally developed buy a guy who wanted a better way to manage the things that he wanted to read.

Maybe his story sounds familiar to you: He would come across an article or tutorial he wanted to read at work, but couldn't, so he would e-mail it to himself to read later. However, it would inevitebly always get lost in his hectic, ever-filling inbox, and never get read (maybe if he used Unroll.me this would be a different story). Eventually he became fed up, and developed his own save-for-later device as a Firefox browser extension. Now look how it has evolved!

Editor's Note: Chief Geek Jason Finn tags his save articles for later, and then when he's on his tablet without Internet connectivity (generally on a flight), he treats his Pocket queue like a digital magazine, with each and every article individually cultivated. 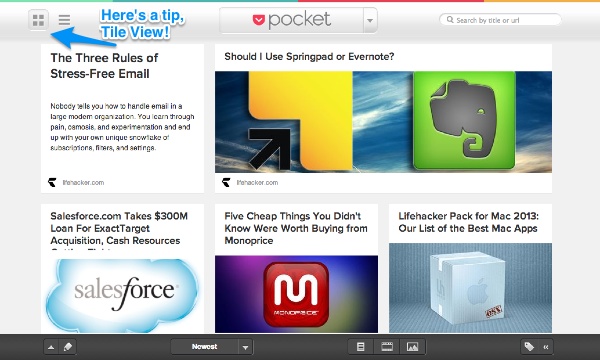 Pocket is the go-to tool for workers on the go. Access your saved materials on the commute to work, waiting in line, or - like me - on the airplane.

Check it out here. Its free, and it just might help you eliminate your e-clutter. What have you got to lose?