Gadget of the Week – AMPY MOVE 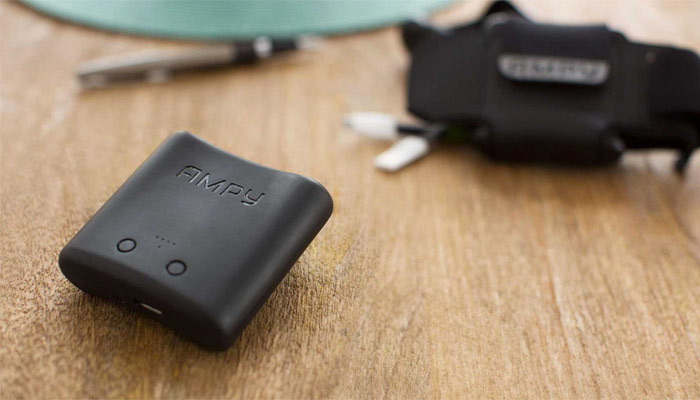 Most people can't get a full day's use out of their smartphones without their battery dying. Others do, but find themselves scrambling for power outlets or carrying around clunky power packs.

While Apple's superbattery may change this problem in the near future, in the meantime, AMPY MOVE provides a seriously cool solution.

AMPY MOVE, which features a slick design, is the world’s first wearable motion battery charger. The device converts energy generated from everyday movements, such as walking, running or biking, into battery power for smartphones and smartwatches. You can charge while on the go at the same rate as a wall outlet, or store the energy for later use when you're not near a plug.

The company also released AMPY+, a free mobile app that's a companion to AMPY MOVE. The app offers a daily personalized battery life report and integrates with a variety of health trackers including Apple HealthKit, Google Fit, and Fitbit. The report includes how many hours of power remain, the estimated time that a user’s smartphone will run out of power, and how long the user should charge his or her phone fill up the battery. Pretty sweet.

Super charge your digital life with AMPY MOVE and AMPY+.