Gadget of the Week – ASUS ZenBook 3 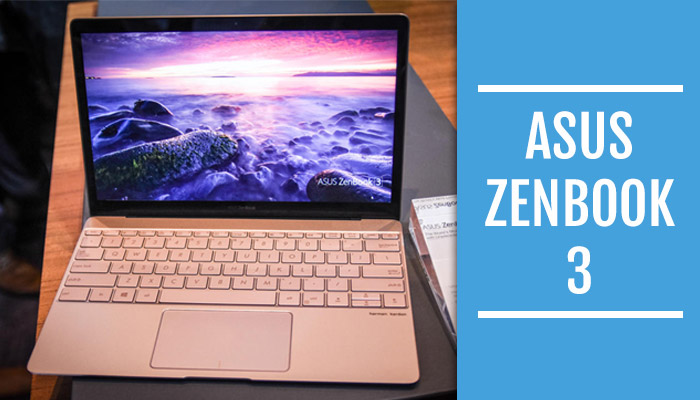 The tech world is buzzing about the latest “ultraportable” from ASUS, which some, like Engadget, are calling “thinner, lighter, and faster than the MacBook.”

Announced recently at Computex 2016, the new ZenBook measures in at just two pounds and less than a half-inch thick – a major step up from the previous model, the ZenBook UX305 (2.64 pounds, 0.51 inches), and a hair better than the already super-sleek MacBook (2.03 pounds, 0.52 inches).

What’s behind the sleeker feel? ASUS credits new "aerospace-grade aluminum," which it says is 50 percent stronger than what's typically used in laptops.

Other reasons critics are saying Apple has “met its match?” The ZenBook 3 will be available in a variety of fashionable colors, including quartz grey, royal blue, and rose gold. Even better? According to Laptop Mag, “there's no way that Apple's Core m CPU can beat the processing power of a Core i5 or Core i7,” meaning that the ZenBook may just best the MacBook for performance and speed.

Ready to get your hands on a hyper-thin, powerful laptop that also boasts an 82% screen-to-body ratio, a full-size backlit keyboard, and a four-speaker audio system? The base model (which comes with four GB of RAM) is set to retail for $999, with the top of the line model (with 16 GB of RAM) going for $1999.

The bad news? While ASUS has gotten techies salivating with displays and announcements, there is currently no official release date set for the ZenBook 3, according to CNET. Until then, we’ll have to keep dreaming about this sleek, powerful new offering in the world of ultraportables.