The Best New Smartphones of 2017 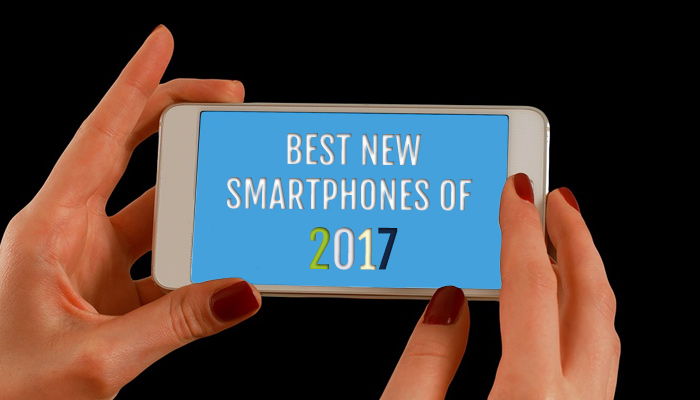 2016 is almost, finally, mercifully over. Time to look forward to a new year ripe with new possibilities, new opportunities, and plenty of new gadgets.

We’ve always got our ears to the ground in search of the next big thing in tech, and there are already a few buzz-worthy smartphones that have our hands twitching. What can phone-heads look forward to in the months ahead?

Loosen up that texting thumb and bulk up your data limit, because 2017 is primed to bring us phones like:

OnePlus, the Chinese company that manufactures the powerful and wonderfully customizable line of phones of the same name, seems likely to skip straight from OP 3 to OP 5, for a pretty incredible reason. They’re superstitious! Four is an unlucky number in Chinese culture, but it looks like the next model of OnePlus won’t be: Early reports are scant, but do suggest that the next OnePlus iteration will feature a 5.5-inch Quad HD AMOLED display, a Qualcomm Snapdragon 835 processor, and a 6GB RAM.

After a 2016 full of criticisms and frustrations, what might the new year hold for Apple’s flagship smartphone? Early reports suggest that Apple will be upgrading iPhones to include more advanced OLED displays; a curved design; larger, potentially borderless screens; and a return to glass backs. In terms of features, look out for a dual-camera module that will allow for 3D photography; Apple has always been at the forefront of the push for better smartphone cameras, and the 7S or 8 may show us the next big step forward.

It was all but certain that we’d see a new iteration of the Samsung Galaxy in 2017. The biggest question was whether Samsung would follow its peers and ditch the traditional headphone jack. Recently, those questions were met with a resounding “probably.” Reports suggest that the Galaxy S8 will rely solely on its USB-C port for sound, meaning that headphone users will need to secure an adaptor or jump on the wireless bandwagon.

Remember Nokia phones? They were fun, forward-thinking, and built like wrecking balls, sturdy enough to handle pretty much anything you threw at them. After a few years of struggle, Nokia’s name dropped off the radar for mobile geeks – until now. Reports recently surfaced that Nokia would be dropping an Android-powered device in 2017. Nebulous, largely unsupported rumors abound: The Nokia will be a high-end flagship! No, it’ll be a lower-end, cost effective alternative! Actually, you’ll be able to choose from phones, plural! Whatever the Nokia-branded device ends up looking like, color us excited for now.

Our passion here at Geek is digital marketing, but it’s tech talk that makes our world go round. What mobile devices are you most excited about in the year ahead? What was the best buy you made in 2016? Let us know on Twitter or Facebook, where we keep the geek speak going 24/7.