What are the Best Times For Me to Tweet? 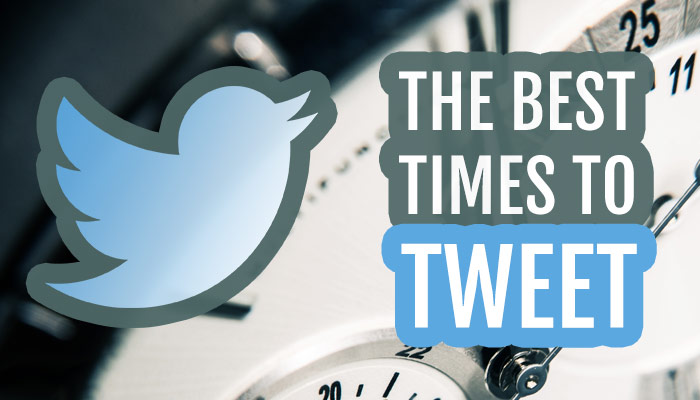 But hold on: Have you thought about when to post your content to get the most shares and clicks?

It can be a make-or-break question for your content marketing strategy. What times of day are right for your tweets to get the most engagement? Thankfully, our good friends at Buffer have done some solid research on how to maximize your time on Twitter.

Based on their study of nearly 5 million tweets, the optimal time to post on Twitter may not be when you think.

While every business and every piece of content is unique, there are some trends that hold true across the spectrum. Twitter is at its busiest during the morning and early afternoon hours, with the highest volume of tweets being sent between noon and 1 p.m. local time.

With that in mind, the best time to tweet (in general terms) is actually during off-peak hours, when your posts have more of a chance of sticking out on your users’ timelines. According to Buffer, the best time to tweet to maximize clicks and overall engagement is actually between the hours of 2 and 3 a.m. Why is this? Users are more likely to engage when their timelines are more sparsely filled. And, though it may seem counterintuitive, tweeting toward the middle of the night allows you to catch both late night and early morning traffic.

If you take out clicks, the best time to maximize likes and retweets is around 9 p.m. The highest number of retweets and likes actually takes place between 8 p.m. and 11 p.m., peaking between 9 and 10 p.m.

There are other off-peak hours that may work for your tweet schedule, as well. Try tweeting later in the afternoon – around 4 or 5 p.m. – when people are likely to be using their mobile devices for social media after work or during their commute. For a higher click-through rate, you might also consider tweeting right at noon, when users are looking for something to read during a lunch break.

How do I Find the Best Time for My Business?

While it can be helpful to know the science behind engagement, the fact remains that no two audiences are exactly alike. Knowing this, how can you find the right time to share your content so it reaches as much of your target audience as possible?

There are a few methods you can try out to find your golden hour:

There are a number of tools – including Tweriod and Followerwonk – that can help you determine the best times to tweet by analyzing your own tweets and the tweeting habits of your followers. Try using these platforms to cross-reference your own activity with the times that your followers are at their most active.

Try using your accounts for some social media experimenting. Pick a number of times during the day to test, then schedule and send out tweets at those times. You can then use analytics to see how the tweets compare in terms of clicks, retweets, and likes. From there, you can experiment with tweeting on different days of the week or with using different graphics or language.

There’s a right time to tweet for every business – with a little ingenuity, we’re confident that you can find yours!

Are you looking for help launching a social media marketing campaign of your own? Ready to start driving traffic to your site with high-quality content? Why not drop Geek a line? We have the team and the experience to help with all of your content marketing needs.