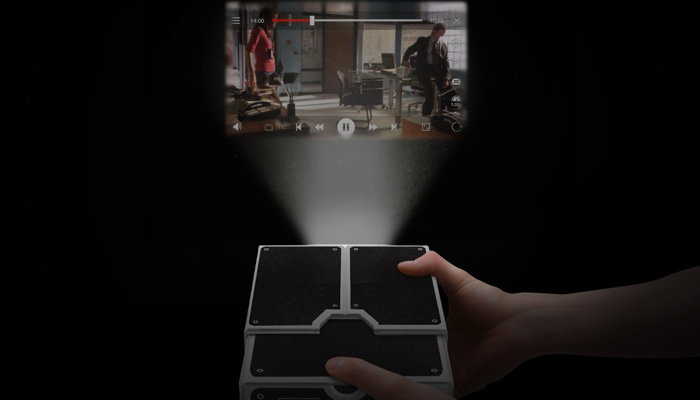 We all have that friend who insists that he show you the latest video, the one who passes around her phone so everyone at the party can get to see that too-cute picture of her puppy.

Sharing images on phones has long been an inconvenience. Well, now there’s a cheap, inventive way to make huddling around a tiny smartphone screen a thing of the past.

Cardboard smartphone projectors are an inexpensive, cool, and functional way to send your smartphone screen’s images up onto a wall – without breaking the bank on a top-of-the-line digital projector.

Some models require a little assembly – such as this offering from Firebox – while others, like Luckie’s Smartphone Projector 2.0, come pre-assembled. In either case, you simply set up the rigid cardboard and glass structure, slip in your phone, and start projecting.

The retro design for most cardboard projectors is cute and rustic, and they make a fun, Mad Men-esque addition to a shelf or cabinet. As for functionality… Well, you get what you pay for. According to most reviews, sound levels consistently leave something to be desired, and image quality can vary wildly depending on your phone’s brightness and the lighting in your room.

Still, for a quirky way to play video in the background of your next party, or to quickly show off that hilarious music video to a couchful of friends, you could do worse than a cardboard smartphone projector.