Checking the Time: The Best Smartwatches of 2015 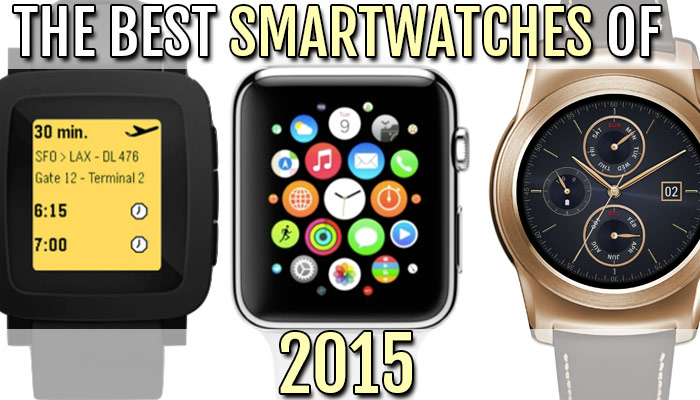 Maybe you've heard this one before:

All sarcasm aside, with the rise of smartwatches and their rapidly improving features, it might actually be time for you to consider a new watch - a smartwatch. Here are some pros and cons to consider before hitting the store, followed by a few of our top picks for 2015.

The Pros and Cons of 2015's Smartwatches

Pro: You won't be reliant on your smartphone alone.

With a smartwatch, you'll no longer be chained to your smartphone. Jason Fell over at Entrepreneur writes:

"As far as I can see, there is only one reason to buy a smartwatch: Notifications. [...] With notifications on my wrist, I know immediately when I receive a call or a text or an email. [...] My wrist goes buzz and I see immediately that it's a phone call I need to take. So, I dig my phone from my bag and answer it. Buzz again and I see it's a text I can ignore until later."

If you're someone whose job takes you away from your phone for extended periods of time, a smartwatch could be a great way to keep track of important phone calls and messages.

If you're only using your smartwatch for notifications, you're basically using it as a pager for your smartphone. Smartwatches come with numerous other applications that can help you get the most out of your purchase, so it's important to research the variety of watches on the market (see below).

Smartwatches can communicate with the apps on your smartphone, including financial programs like Mint. Imagine being able to monitor your spending with a literal flick of the wrist! A smartwatch could be an personal investment in your financial well-being. For more information and reviews on budgeting apps, check out this rundown from Tom's Guide.

Your smartwatch must be compatible with your smartphone. It sounds a little obvious, but if you're an Android devotee with a crush on the Apple smartwatch, you're out of luck. You might want to wait a year or two to either switch to a new phone or await updated software from your favorite brand.

Smartwatches are a better choice than the other wearable health-tracking devices. Even the latest and greatest offering from Fitbit had Gizmodo's Eric Limer wishing for more. The apps available to the company's premium option, the Surge, still didn't measure up to those available on the Pebble. Why buy two devices when you can buy one that does it all?

Con: They're designed for tech-enthusiasts (not passive users).

The Apple Watch isn't the friendliest to the casual tech user. And, if you've already made the investment in a Fitbit and a smartphone, you should probably also play the waiting game when it comes to the smartwatch. In his review of the Apple Watch, Business Insider's Steve Kovach implores consumers to think back to the iPhone of yesteryear:

"Assuming the Apple Watch sells well (and there's no reason to think it won't), developers have a big opportunity to come up with new use cases for the Apple Watch. Think back to the early days of the iPhone. There was no Instagram, Uber, Snapchat, Postmates, or any of the other transformative apps and services we use today. The iPhone created a platform that made it all possible."

So, if you're more of a follower when it comes to technology and can wait to enjoy the fruits of developers' labor (again, think about Instagram and Snapchat), you might want to wait a few years (or months - tech time moves fast!) before purchasing a smartwatch. But, if you're the innovative person who likes to be on the very top of tech trends and would like to develop apps for emerging technologies, 2015 is the year to get on the ground floor and buy a smartwatch. 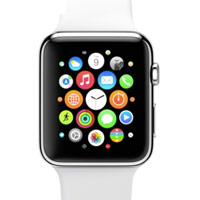 Featuring a color screen and 18 hours of battery life, Apple is pulling some serious punches with its contribution to the smartphone market.

You get many of the features from your iPhone, including Siri, Apple Pay, and, yes, access to The New York Times. It's also sleek and visually stunning. (Starts at $349.99) 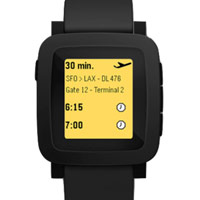 A product of crowdsourcing, the Pebble is a labor of love that is easy on the eyes and wallet. Millennials might be be reminded of their childhood NanoPets upon first glance; the Pebble's screen does feel old school, as does its lack of heart monitoring. This one's for those who want to dabble in smartwatches, not for those looking for high-end health-tracking.

But, it is compatible with both iOS and Android systems, putting it right behind the Apple Watch on our list. (Starts at $99.99) 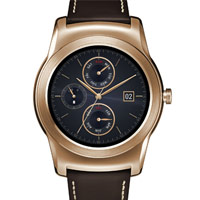 This is the smartwatch for folks who don't want their wrists to be the only talking point. The Urbane looks most like a traditional watch, but it offers a battery life of 2 days and features a color screen. This one gets all of the features that the Android OS has to offer, along with heart rate monitoring. So, for those Android fans looking for a smart watch that can compete with Apple, this one is for you. (Starts at $349.99)

For more information about upcoming advances and updates to tech, follow the Geek Chicago blog and sign up for our newsletter!