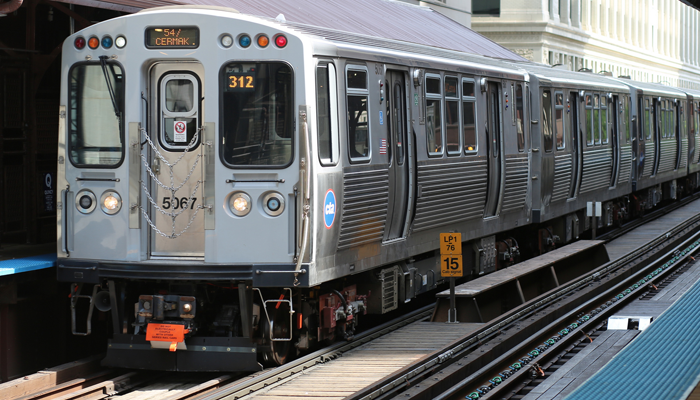 Say goodbye to smartphone dead spots, CTA users. Thanks to a $32.5 million deal with four major wireless providers, CTA Red and Blue Line riders will be able to enjoy 4G wireless later this year, becoming the largest U.S. public transit system with 4G coverage in all subway stations and tunnels.

This 20-year agreement pays for T-Mobile, Sprint, AT&T and Verizon to pay for the installation, operation, and maintenance of the latest 4G communications technology. As recently reported in the Chicago Tribune, these four carriers are banking on strong revenue growth from wireless broadband, as data usage has been overtaking voice as the primary source of mobile network traffic.

CTA President Forrest Claypool stated that "people are using the transit system as a second office, communicating with work or family as they commute. This will help make that easier for our customers."

And there are certainly a lot of customers this will appeal to. Approximately 180,000 riders pass through the Red and Blue Line subways on weekdays alone.

How will the service work? The plan will be phased in on a station by station basis, starting with the CTA blue line. Overall, 22 miles of tunnels will be covered, providing fast and reliable voice and data transmission throughout.

As an added bonus, safety officials have stated that this enhanced technology will help improve communications between first responders and CTA personnel.

There is a preexisting 2G service available in CTA subways, dating back to 2005 before most smartphones and tablets were introduced. This service will be deactivated once the 4G service is fully functional.

CTA riders should expect this shift to have taken full effect by the end of 2015.

What are your thoughts on the shift? Will this deal provide any convenience to you? Let us know your thoughts! Post a comment below, or drop us a line via email.