The Death of the Flagship Smartphone 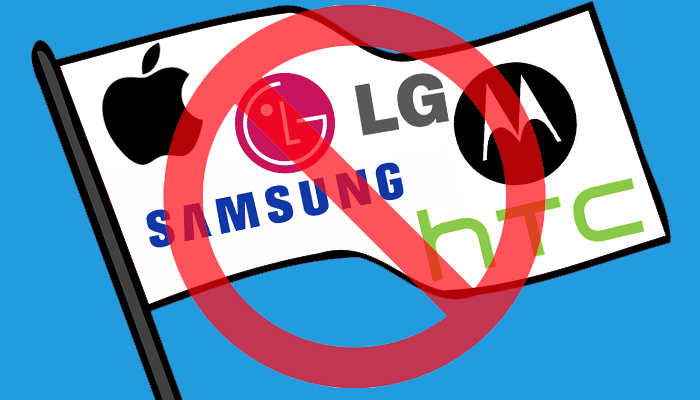 The Flagship Smartphone is dead. The days of spending $750 for Apple, Samsung, Motorola, or LG’s top-of-the-line phone are gone.

At least, they should be.

We’ve grown accustomed to paying $749.00 for an iPhone 6 at AT&T. Yes, that’s what it costs you for a 64GB iPhone - and not even the most expensive one, even if you’ve selected the plan that allows AT&T to hide these costs in your bill in exchange for signing an onerous contract. The new Samsung Galaxy S6 Edge is $699.00 at Verizon Wireless.

But what if you could purchase an equally well equipped, highly spec’d, 5.5” screened Android-based smartphone for less than $300?

What if you didn’t have to pay your cell phone service provider $25 or $30 per month as a phone supplement to your monthly bill for the privilege of using that fancy new phone?

The OnePlus One boasts a 13 megapixel camera, 5" high resolution screen, and a 64-bit octa-core processor. It holds up to Apple, Samsung, and every other flagship smartphone out there at a majorly reduced cost.

The high-end 64 GB OnePlus One model is $348.00, unlocked. That’s half the price of its competitors, and comes with the freedom of using it on any major or mid-size U.S. carrier, without committing to a contract (not all carriers have contract-free options, however.) The OnePlus One also comes in a 16 GB model, coming in at $298. (Here at Geek we tote these guys! The 64 model is the preferred cell phone of our Chief Geek, while the Chief's white totes the 16 GB model. And she isn't even a Geek, but she definitely married one.)

Why have most of us never heard of the OnePlus One?

...because AT&T, Verizon, Sprint, and T-Mobile don’t sell them (or make a profit off of them), that’s why.

These carriers are partnered with these big names because the big names are able to move products to their diverse advertisement base. In other words, we - the consumers - have already bought in to these products. We anticipate every new release is a big release, with great new specs and innovations.

The innovations are, quite plainly becoming less and less monumental. We are no longer going from "dumb" phones to "smart" phones, or unveiling "apps" for the first time. We're seeing minor adjustments - basic improvement in camera functionality, "tablet" phones, battery life (though these improvements are questionable at best)... but do these improvements warrant a premium price between $700-$900 when completely comparable phones are available for a fraction of the price?

Flagship smartphones are dead... should the consumers want it to be.