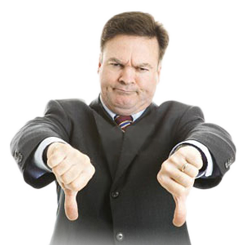 Facebook made an announcement this past Tuesday unveiling some small, but rather significant changes to how text and link statuses get ranked in the News Feed.

The announcement explains that Facebook users typically don't like to interact with text statuses from companies as much as they do with their friend's updates, so they decided to demote the importance of text updates from companies on the News Feed.

Additionally, this change will have two other big ramifications for Facebook businesses, according to Hubspot:

1. Other types of status will also become more (or less) effective

If some statuses get demoted in their magic Facebook ranking, others must rise to take their place.  We assume this means that ads, personal updates, and link-share status updates will climb the ladder of salience.  Facebook was rather vague with this comment, so we're simply speculating.  Time will tell.

2. Links that fall under the "link-share" subgrouping will get promoted further

Links can be shared in one of two ways on Facebook.

a) The first looks like this, where the link is part of the text of the status itself (not considered a "link-share")

b) The second looks like this, where the link pulls in its metadata (considered a "link-share")

Facebook likes option B - the second way, where links are supported with metadata, and has thus decided to promote these more than their link-in-status brothers.  Links with images typically perform better than straight text links, so it makes sense.

How do I make sure my links are considered "link-shares"?

Thankfully, making sure your link is a "link-share" is actually pretty easy.

In the status compose box, simply paste your link in the box and let the metadata pop up below, including an image, title, and description.  If you're seeing these things, great!  You're good to go.  Facebook approves.

What you SHOULDN'T do is "x" out your metadata on accident, which will, naturally, remove the metadata from your update. 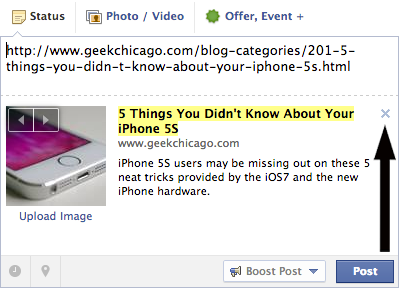 Facebook is continually changing their algorithm in order to give users a better experience on their News Feed.  Finding out what makes readers comment or like is always the first step, while knowing how Facebook is changing their rules is good secondary information to consider.

Remember, you're on Facebook's turf.  They're allowed to change the rules of their own game.  Do the best you can with understanding how to best optimize your own content on their platform, but the most important thing to focus on is development of useful, original, sharable and likable content as it has been shown to improve website traffic over time.  YOU own your blogs and pages, while Facebook owns theirs.  Focusing your efforts on your own, controlled turf will let you ride the waves of Facebook's (and other social media website's) changes with ease, as you have a great content base to pull from.

Want help building your content base or social media presence?  Please send us an email or give us a call, and we'll be happy to help.