Friendster, We Hardly Knew Ya: These Social Networks Never Caught On 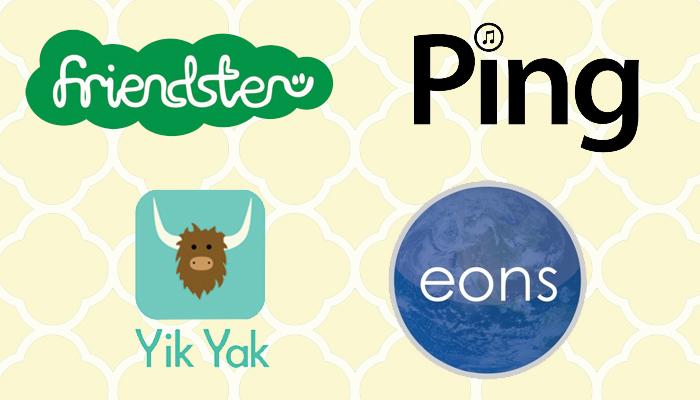 We think all the time about the future of social media here. But in order to know where our favorite marketing platforms and services – including Facebook, LinkedIn, Twitter, and Instagram – are going, it’s important to take a look back at the past.

And when it comes to social media, that past looks a lot like a graveyard, littered with the skeletons of social sites and apps that tried – and failed – to make a digital splash.

What can we learn from these failed experiments? What were they, where did they go wrong, and could our favorite social networks ever go the same way? Let’s take a look at five famous social media flops:

Considered by many to be the forefather of social media sites like Facebook or MySpace, Friendster today is thought of as little more than a punchline – though it’s certainly remembered more than many of the other sites on this list, so we suppose that’s some sort of victory.

Launched in 2002 and finally put out of its misery in 2015, after a number of failed reinventions, Friendster was the first social network in which users made personal profiles and shared content among their groups of digital friends. While it gained a cult following, Friendster could never overcome complaints about sluggish load times and a poor user experience. In the end, it just couldn’t scale up to meet the challenges of its younger competitors, and Friendster went the way of the dinosaur.

All of the accessibility of a social media behemoth with the massive technological and cultural weight of Apple – what could go wrong? As it turned, out, plenty of factors coalesced to stymie Ping, the would-be musical social network that Steve Jobs once described as “sort of like Facebook and Twitter meet iTunes.” In an ideal world, a music-based social network makes perfect sense – MySpace tried it, and Spotify is having some success with a version of the concept right now. But Ping? It just didn’t happen. Blame other apps for making music sharing easier, blame the overly controlled user experience, or blame a plan to integrate with Facebook that ultimately fell through – just don’t try to Ping anybody a concert listing or song in 2017. Because… Well, you can’t.

Google hasn’t had too many failures in its run as tech’s premiere company. Glass was a fiasco, and Google+ is always being revamped and retooled, but otherwise, the company’s batting average is the envy of the industry. As long as you don’t bring up Orkut.

Launched by Google after a failed bid to buy Friendster, Orkut offered most of the same functionality, including the ability to make a profile and share content with select friends. So what wrong? Well, besides the name – which sounds like a frog trying to tell his barber what kind of trim he wants – Orkut was clunky and didn’t optimize the social sharing experience, meaning that it never gained popularity in the US market, where Facebook and other options already dominated. Instead of stringing Orkut along, Google gave it the ax and refocused on its other social enterprises, including YouTube.

Many young users have left Facebook, never to return. And a big push factor for that great migration was the onslaught of older users who found Facebook late and finally came around to adopting it.

So it may surprise you to learn that there was a social media service once launched with older audiences as its core demographic – and that it tried to get boomers online as early as 2006. Eons was billed as MySpace for boomers, and it went about as well as you might expect: With an early age minimum of 50, Eons just couldn’t find its audience, and it limited itself out of any potential growth with its extremely narrow focus.

You may be surprised to see Yik Yak on this list; it seems like only yesterday that the service – which was based around the concept of hyper-local, anonymous message boards – was the talk of the social media landscape.

Well, the mighty fall quickly. Though Yik Yak was valued as highly as $400 million, it is now reportedly being sold to Square for a paltry $3 million. So what could have happened to cause such a precipitous plummet? Well, for one thing, Yik Yak never caught on outside of college campuses, and its small-scale approach made its capabilities for growth fairly limited; beyond that, the messages that were being posted on the app frequently came under fire as harassment or bullying. Sometimes a few bad apples really can spoil the whole bunch; even after making its users less anonymous, Yik Yak could never get over its bad press.

Want to talk even more about the past and future of social media marketing? We’d love to keep the conversation going! Drop us a line today.