Gadget of the Week – Father.IO Inceptor 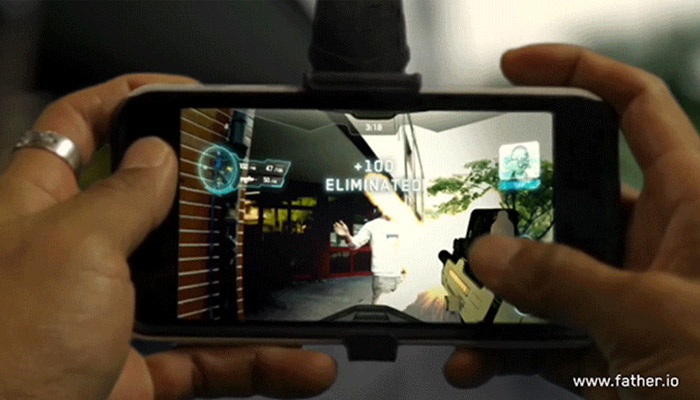 If you’re anything like our team here at Geek, you’re a massive fan of laser tag. What could be more fun than strapping on a pack and running through a dark, misty room, blasting away at your closest buddies?

Father.IO has one idea that could make laser tag even better: Bring it into the real world.

Billing itself as “the world's first real-life, massive multiplayer, first person shooter,” Father.IO uses localized maps and a handy peripheral, known as the Inceptor, to turn any smartphone into the ultimate gaming tool.

While the idea of real world multiplayer gaming isn’t totally new – “augmented reality” games like Ingress or Clandestine Anomaly come to mind – it’s the Inceptor hardware that’s really got us salivating to try Father.IO. The plug-and-play apparatus has “reduced professional outdoor laser tag equipment to the size of a keychain,” without losing any precision, quality, or sophistication.

Instead, the sleek hardware comes with six infrared sensors, allowing for nearly-360 degree immersion, and a hitbox that allows gamers to “shoot” competitors from up to 50 meters away with “minimal lag.” The polycarbonate Inceptor adjusts to fit snugly to your device, and boasts compatibility with all iOS and Android phones via Bluetooth.

Ready to turn your next trip outdoors into a thrilling multiplayer adventure? Unfortunately, you may have to wait. Father.IO is currently in beta worldwide; you can order a two-pack of Inceptors on the game’s Indiegogo page for $50, with delivery estimated for “Winter 2016.”