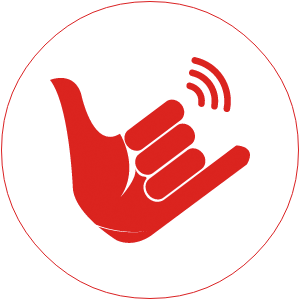 When in a dense crowd, cell service can become limited at best, non-existent in the extreme - and it can be at these times that you need access to your phone the most. With FireChat, this will no longer be a problem.

Texts won't go through in a crowd? No problem.

Chat room application FireChat, recently highlighted in GigaOm, has the ability to allow people near one another to communicate in group chats, even without access to a cell signal or wifi. While you can't send private messages, you can create a public chat room and invite your friends to it via their own distinct usernames.

This type of app opens up new avenues in times of emergency. When a crisis hits, cell service is hard to come by. FireChat enables an open stream of communication that is not tethered to the availability of crowd resources (like wi-fi or cell service).

Whether you're at Lollapalooza or the World Cup, FireChat can come in handing when trying to maintain connection with members of your group in a large crowd.

How does FireChat work?

FireChat uses the bluetooth network capabilities of Android and iOS phones to create a chain effect for passing along communication. It targets specific phones within a crowd rather than a popular cellular tower or web server.

Introduction of official usernames to the app

While adding usernames may not seem like a big deal, this recent FireChat update makes all the difference. Before, public group users could pick whatever name they wanted and change it at any time. As you may imagine, this is a recipe for miscommunication. This update maintains identity as each person will have a distinct username which cannot be changed, along with a display name which can still be changed.  Without a centralized gatekeeper, we don't understand how this is controlled, but they claim it works!