App of the Week – Freedom 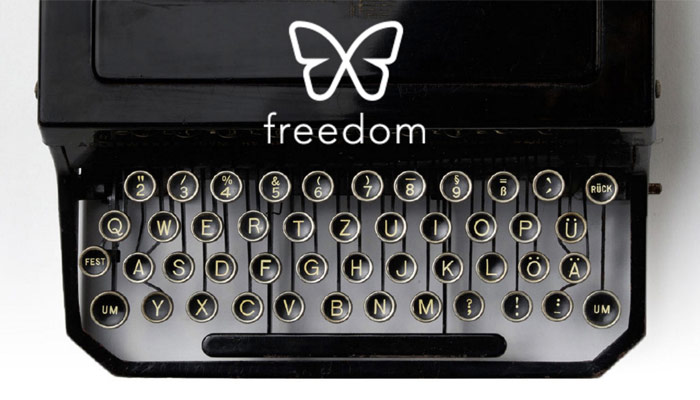 We all have that friend who can't commit to social media. One day, they're all up on Facebook, sharing memes and starting political debates in the comments section, and the next, they are gone, a blank space in the ether of cat videos and baby pictures.

"It was too distracting," they always say. "I could never get anything done."

But, then, like clockwork, they're back to their same shenanigans a week later.

The next time this buddy begins a bout of social media abstinence, you should introduce them to Freedom, an app that blocks user-designated sites for a set amount of time.

It's a boon to the easily-distracted and works on everything from desktop to tablet to phone. Freedom can also shove out apps, making it handy for those moments when you fall into a Buzzfeed listical void or can't seem to get away from Making a Murderer on Netflix (guess how we spend our free time in winter?).

If you're of the Oscar Wilde school of thought, however, and believe "the only way to get rid of a temptation is to yield to it," you can pause Freedom and bask for a few moments in Youtube's glow before getting back to business. Its simple green and white interface is easy to use and blocked time periods can be scheduled in advance, so if you know you need to be productive on Monday morning at 7, you can be productive on Monday morning at 7. Ah, sweet, sweet Freedom.