Gadget of the Week – Ahmed’s Clock 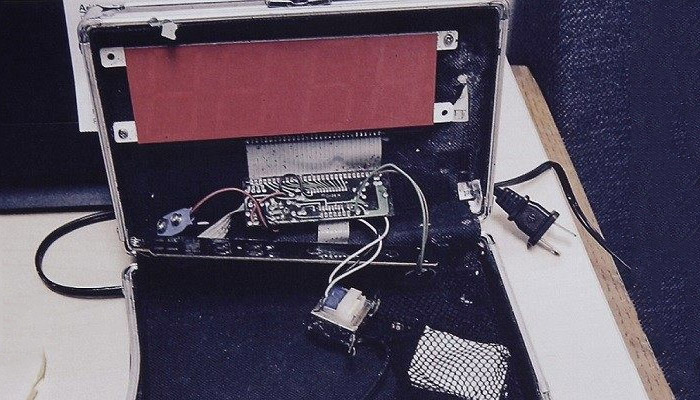 If you were anywhere near social media, public radio, or a TV within the last week, you probably heard about Ahmed Mohamed, a Texas 14-year-old arrested by Irving police for bringing a homemade clock to school. According to Buzzfeed, Mohamed, who is Muslim, brought the clock to school, showed it to his engineering teacher, and was told to put it away.

But, when the clock went off (as in, the clock alarm sounded) in his English class later that afternoon, Mohamed’s teacher reported the device to school authorities, who then called police. Mohamed, dressed in a NASA t-shirt and thick glasses, walked out of school in handcuffs and faced interrogation at a nearby juvenile detention center.

If anything, the frenzy that followed this afternoon demonstrates the power of gadgets. Not only did Ahmed’s clock and arrest invite support from President Obama, Hillary Clinton, and Mark Zuckerberg, it also heated up already hot conversations about Islamic identities. It also brought out the nerds.

The takeaway from all of this, however, isn’t only a matter of right vs. wrong. Ahmed’s clock is a gadget that presents us with a cultural mirror and illuminates how humans define and engage with technology. And, in that unique respect, it’s our Gadget of the Week.