Gadget of the Week – Phree 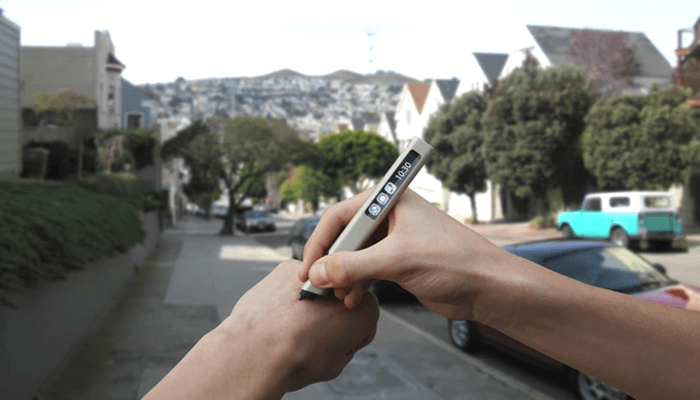 Send texts, answer texts, and doodle in Evernote with Phree - the latest in glorious Kickstarter projects.

This gadget is set apart from other "smart pens" by its built-in screen. This screen allows for the pen to be used even without a smartphone or tablet controling it from afar.

Phree connects with compatible apps like Office and Evernote via Bluetooth, registering (in theory) whatever you sketch or write down on any surface, and pulling it onto a remote screen.

If that idea isn't enough to spark some interest, this pen should be able to double as a headset for your phone. You can also reply to texts with Phree using the built-in screen.

Phree claims to support text entry using handwriting input in multiple languages. Definitely some useful functionality to be explored there.

The drawback of the pen may be its clunky, seemingly difficult to hold design, but the features could very well outweigh this fact. The going price for a Phree right now is at $148, and is estimated to go worldwide for delivery in April of 2016.