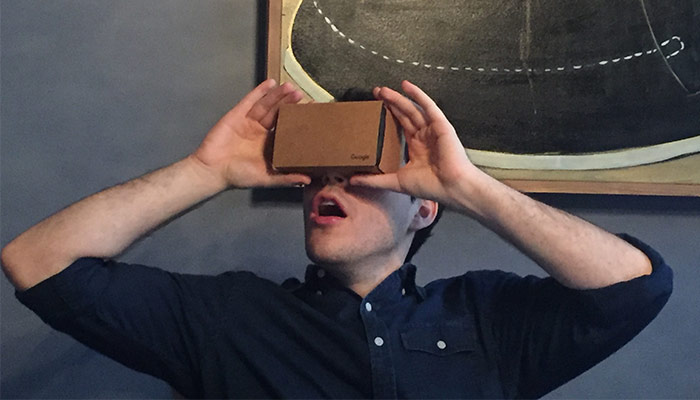 Damien Henry and David Coz, a couple of Google Engineers, believed that Virtual Reality was the future. They were disappointed, however, with the lack of progress in the field.

Out of that frustration, the two engineers went to work. Their mission was to build a product that would drum up general public interest and encourage software development in Virtual Reality.

Their hard work paid off.

At Google I/O 2014 developers conference, Google Cardboard was released. The product is a no-frills cardboard enclosure that transforms your smartphone into a simple, affordable Virtual Reality headset.

Google Cardboard is available to buy from $19.99 through Google, although the company also offers instructions for building your own viewer from your own cardboard. And once you have it, you can explore an assortment of apps through the lens of Virtual Reality.

Once you have your headset, your first stop should be the Google Cardboard app for Android or iPhone. The official app is full of fun tutorials and immersive demos on how to get the most out Virtual Reality headset.

The future Damien Henry and David Coz dreamed of is now a reality. Learn more about Google Cardboard here.