Are Hardware Keyboards Making a Comeback on Mobile? 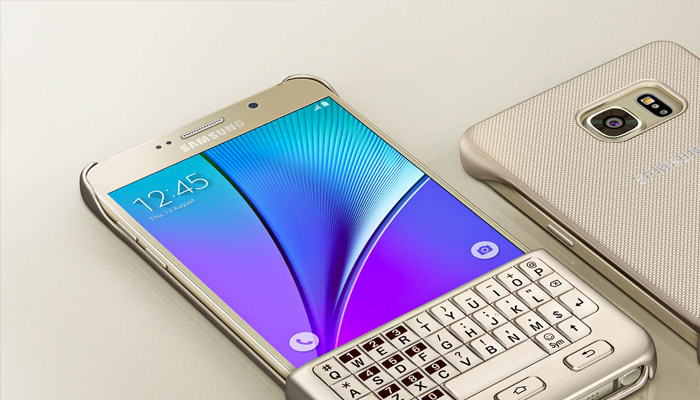 In 2006, the number one song was Daniel Powter’s “Bad Day,” Pirates of Caribbean II was the number one movie, and the mobile QWERTY hardware keyboard, made famous by BlackBerry, was the reigning tech must-have.

Obviously, things have changed over the past nine years.

Samsung users, however, have the opportunity to turn back time.

A new QWERTY keyboard and cover combo produced by the Korean company slides right onto the Galaxy Note 5 and the Galaxy S6 Edge+ with the idea that it will attract a generation of hardware keyboard devotees.

With four rows of letters, complete with buttons for “home,” “back,” and multitasking, it looks familiar, a total throwback to the last decade. It’s intended for capacitive use, meaning that the keys push down on the matching part of the touchscreen. There’s not much more to it - no Bluetooth, no battery - just a keyboard and cover. And, the keyboard detaches, allowing users to keep the cover on without blocking the screen.

The nuts and bolts of the hardware? It comes in silver, black, or gold, and it retails for $80.00.

But, before you run out and bring back the hardware keyboard, consider these very mixed reviews:

With these in mind, we definitely wouldn’t call it a comeback. We’re also pretty sure that most “phablet” (phone+tablet) users are ready for progressive tech and don’t really need to fall back on old design.

To stay connected and informed on other issues in tech, sign up for our newsletter! Have any questions about trends in smartphones? Wanna have a conversation about BlackBerry keyboards? Drop us a line!