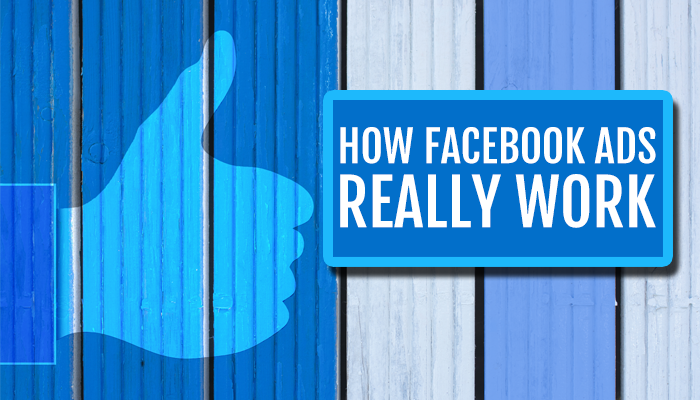 We’ve all been there, at one time or another. You’re scrolling down your Facebook feed, for your business or just for pleasure, when suddenly you spot an ad.

But this isn’t just any ad: It’s a picture of the exact model of microwave you were just scoping out on Amazon. It’s a deal on the clothing brand you recently Googled, maybe after hearing an ad in a podcast. It’s a commercial for the movie you were just thinking of going to see on Friday night.

In today’s social media marketplace, Facebook acts like a sort of digital flea market – one where every shop owner already knows exactly what you’re looking for, and has their display set up accordingly.

And these ads are having a big impact on how you make purchases, whether you click on them or not. According to a Facebook/Datalogix study, as reported by Slate, 70% of businesses advertising through Facebook saw a 3X or better return on their investment (meaning that the business earned three times the money that they spent on the ad campaign).

How exactly does this work? Let’s explore some of the methods Facebook and its ad clients are using to market directly to you:

Have you ever spent time on a business’ site and then, soon after, seen an ad for that site, or one of its products, sprinting to the top of your feed?

According to Facebook’s own ad page, all it takes is “a snippet of code” installed on your website to capture traffic data, and, from there, target ads to a user the next time they log in to Facebook. In this way, Facebook ads allow businesses to reach and “re-engage” with customers who have already shown an interest in their product, whether or not the user is a fan of the business.

Facebook also allows businesses to create custom lists of audiences that they already know. All a business has to do is upload a list of contact information – such as email addresses or phone numbers – to Facebook. If those contacts use the site, Facebook will start presenting the ad to them.

Rather than generating entirely new business, curating a “custom audience” list is often used as a way to promote brand loyalty, letting businesses reach out with new content, rewards, or offers to keep established customers coming back.

Not only do Facebook ads target you because of what you’re looking at, they also come to you based on the behavior of people of like you.

With Lookalike audiences, Facebook targets individuals based around shared traits, including “location, age, gender, and interests.” By doing this, Facebook gives businesses the chance to market to users whose online habits are similar to those of their current fans, allowing them to reach a broad swath of new potential customers.

Much like Google, Facebook enables its ad clients to measure the effectiveness of their advertising, seeing just how often an ad impression leads an uptick in website traffic or sales.

Through these kinds of analytics, Facebook is also able to make recommendations to businesses, improving the effectiveness of advertising on the site. For many products, for example, there is a prime “sweet spot” for advertising, an optimum number of times to display an ad to a user before it becomes ineffective. In this same way, Facebook also tracks how variables like the rate of purchasing or the category of a product impact sales, allowing them to customize the frequency of ads to maximize a business’ return on investment.

Still a little hazy on how to use social media for your business? Looking for the latest tips and trends in social media marketing? We’re here for you! Drop us a line and we’ll help jump start your social media presence today.