Is the 99 Cent Amazon Fire Phone Worth It? 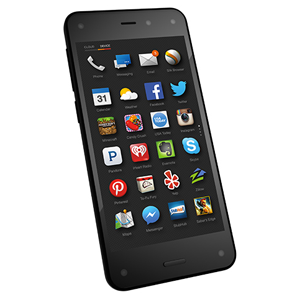 The 99 cent Amazon Fire phone is no myth. A day prior to the iPhone 6 release, Amazon dropped their $199 launch price to a mere 99 cents (with a 2 year AT&T contract).

So far, it doesn't seem like the price cut has done much good. Sales have been incredibly low, estimated to have sold a mere 35,000 units.

It also appears that even loyal Amazon users aren't interested in the phone. In a recent CIRP survey of 500 Amazon Prime customers, absolutely none of them said they owned a Fire Phone. Are they interested just in services and not hardware? It doesn't seem that way, as CIRP also found that, "approximately one quarter of U.S. Amazon customers have either or both of a Kindle Fire tablet and Kindle Reader, and about 5% report owning the new Amazon Fire TV set-top box."

So what's the deal? Why aren't users taking the bait? Here are the positive and negatives of the Amazon Fire phone we've seen so far.

If you are an all-Amazon-all-the-time kind of person, this phone may be a good option for you. It is economically sound, and has some interesting new features. However, its functionality is average at best when compared to other models on the market, and its flexibility (especially when compared to Android phones) is poor.

To check the phone out for yourself, take a look at this page. Maybe it is a good fit for your lifestyle!