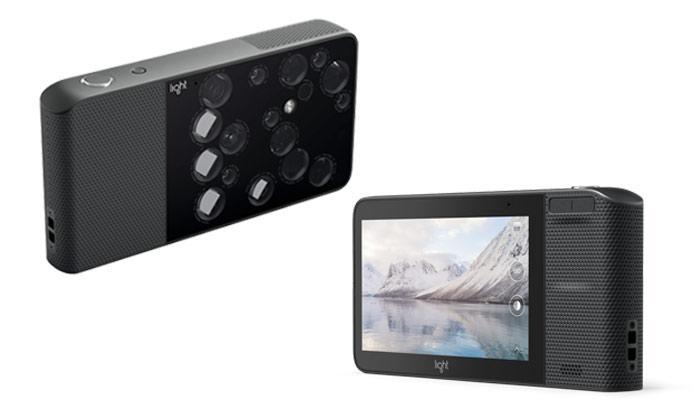 How much power can you pack into one little camera?

Seemingly, that’s the question that the Light L16 sets out to answer. There’s a reason that this technology has been called “part ultimate travel camera, part spy gear,” and even “as important for photography as the first 35mm film camera in 1925.”

So what makes the L16 so different from other point-and-shoot digital cameras?

For one thing, its tech specs are so remarkable that a lot of them might read like complete sci-fi to non-gearheads. The gist of it all is that the Light camera replaces the traditional bulky lens with many small lenses and sensors; when you use the camera, light enters from 10 different apertures, creating a 52 MP image, constructed “from 10+ slightly different perspectives” for total coverage and an enormous depth of field.

It also emphasizes the software side of things. When you zoom in or out, for instance, the Light’s “optical engine” automatically chooses the best combination of camera modules to capture your view, then employs a sophisticated algorithm to overlay exposures and produce the highest-quality, most-detailed image possible. What’s more, this software will periodically update, much like your smartphone’s OS, allowing for improvements in performance as time goes on.

And, even better, all of this sophisticated image-capturing power fits into a device small enough to fit into your back pocket, and rugged enough that it comes with a die-cast aluminum allow chassis and a rubberized, non-slip grip.

Want to get your hands on this potential photography game-changer? You’ll have to wait a little bit longer, unfortunately; the L16 is primed to start shipping in early 2018, and you can make your reservation on Light’s website, here.

Think there’s another piece of camera technology our team should be on the lookout for? Want to talk about high-quality image generation for your brand? We’d love to hear from you! Drop us a line on Facebook or Twitter today to talk shop!