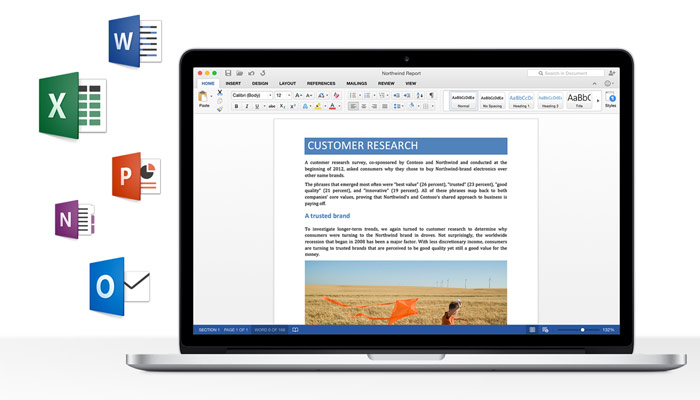 Mac users are used to seeing Microsoft programs come to their platform as a bit of an afterthought. 2014, however, brought a bit of a change to that mentality, as we saw the introduction of new Microsoft apps for both iPhone and iPad.

Now that we have a public release of Microsoft Office 2016 for Mac, the tides have truly changed for Mac users - and we think, ultimately, for the better.

With a newly unveiled free Mac download preview of Microsoft Office 2016 just released on March 5th as recently reported in CultofMac, Mac users are seeing the first update from Microsoft Office for Mac in nearly 5 years (and yes, the software's age has certainly been showing).

The new Office 2016 supplies a freshly updated look to the entire series, combining some of the Windows Office functionality with some of the older Office 2011 for Mac functionality. The ribbon menu styling from Office 2013 still remains. As expected, we are seeing more cloud integration, especially with the support of Microsoft One Drive.

Office 2016 is full of great updates for PowerPoint - most notedly, perhaps, are the new stylish templates. Outlook too gets an update with a handy dual-calendar view. Excel has a bevy of new data-analysis tools, and Word (finally) gets threaded comment functionality.

Grab your own free preview copy from Microsoft's website here. There are, as expected, a few beta bugs here and there, but we should be expecting a full public release of Microsoft Office 2016 for Mac later this summer.

Try out the new beta software, and let us know what you think. Have any apps been shortchanged? Are any improvements particularly significant for your own work habits? Drop us a comment below, send us an email, or give us a call to share your thoughts.