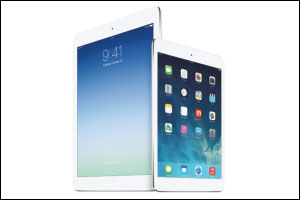 The current iPad is 9.8 inches, but expect things to get a little bigger next year with Apple's new 12.9-inch iPad.

This new iPad is expected to complement the 9.8-inch iPad Air and 7.9-inch iPad Mini.

This expectation remains cohesive from a previously released Wall Street Journal report, which stated that the next iPad was expected to be “slightly less than 13 inches.”

In addition to having a bigger screen, the new iPad should also have a sharper image quality.  According to an interviews Apple supplier interviewed in The Korea Report,

"As the Apple partner intends to boost its lineup for displays that have almost ultra high-definition (UHD) quality, the upcoming iPad will provide very clear quality similar to that of UHD.”

What do you think about the usability of a larger iPad?  Will this idea catch on, or do users prefer smaller devices?  Let us know your thoughts!  Drop a comment or send us an e-mail.