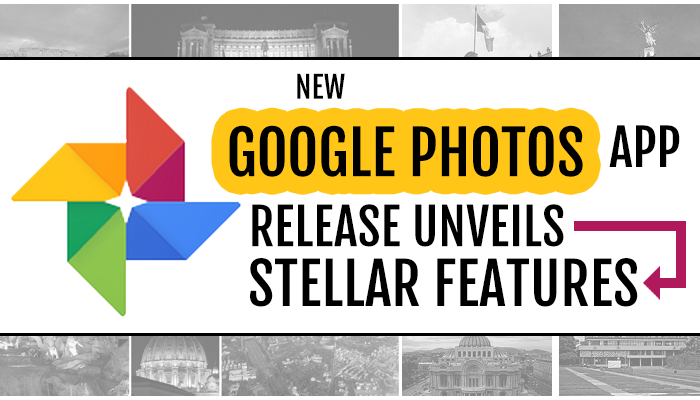 Photos have officially gotten their own platform on Google, thanks to the recent launch of the eagerly awaited Google Photos. This new, free service has broken away from Google+ and has become so much more than a social network add-on feature. Here are the specs that TechCrunch recently reported.

Google Photos comes with a plethora of appealing options, including:

Specifically, we're talking 16 MP uploads for photos, and 1080p for video, and the 15 GB of storage comes from your Google account's previous storage capabilities (which can be expanded, for a fee.) TechCrunch makes note that this free storage option is great for those using point-and-shoot camera functionality, while those with DSLR cameras (or those that want to store videos in their original sizes) may benefit from the added option to choose a different storage plan.

When you open your Google Photos app, you're greeted by your most recent photo at the top of the stream, but you can sort photos even further with Day/Month/Year sorting capabilities. However, the photos themselves are not actually being stored on your native device, and when you click on a thumbnail, Google will pull up the image from your cloud storage. Google claims that these photos will nonetheless appear to be stored locally with quick load time.

Google photos has definitely gotten smarter in this sense. You can now search your device for people, places, or things - even ones that you did not tag yourself. You could relate this to the "suggested tag" functionality that Facebook has used, but optimized to also include, say, your dog or pictures of palm trees.

This is a spin-off of a previous Google+ feature that was able to design items like collages and video montages without much user intervention required. It has been modified with a simple "swipe left" motion, pulling up an "Assistant" feature to offer suggestions for you, like a time lapse of one of some of your images or a collection of your GoPro vids.

Press and hold to share multiple photos at once, simply by dragging your finder across all the photos you want to select. You can then utilize the in-app sharing interface which allows users to copy the link, email it, text it, or post it to a variety of social media sites like YouTube, Twitter, Facebook... and, naturally, Google+.

All-in-all, this new Google Photos app could certainly give apps like Dropbox a run for their money, especially if Google were to optimize their Drive server to the same extent.

Got thoughts? Share 'em! We want to hear your insight.