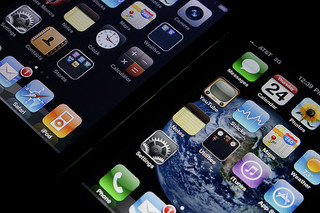 iPhone fans will be please to hear that Apple will unveil their newest iPhone mode on September 10th, according to USA Today the timing is most likely to prepare them for the holiday season, and secure the ever-important holiday sales.

Perhaps not coincidentally, Samsung Electronics is rumored to be releasing their own new Galaxy smartphone in Berlin on September 4th - less than a week before Apple has their event. While neither Samsung nor Apple wish to comment on this information, it is clear that Apple continues to have active competition from devices powered by Google's Android software.

Here are some of the new iPhone rumors:

Apple's new iPhone release could help to improve its market standings, after coming in flat from the recent earnings period.

According to market research completed at IDC, however, in the worldwide smartphone market, Samsung came in at 30.4% this second quarter compared to Apple's 13.1% position (while last year it was 16.6%).

Additionally, smartphones from LG, Lenobo, and ZTE are competitive in the Asia Pacific region, where apple is viewed as less price competitive. Earlier this month, Google stepped up their game with the release of the Moto X. In any case, things for Apple aren't as easy-going as it may seem. The new iPhone release is an important move for them to make.

We can only wait and see what Apple will do to appease customers and stay one step ahead of the competition right on its heels.

Will you buy a new iPhone when they come out? Will you swap a current iPhone model? An Android?