What Those New ISP Regulations Mean for You 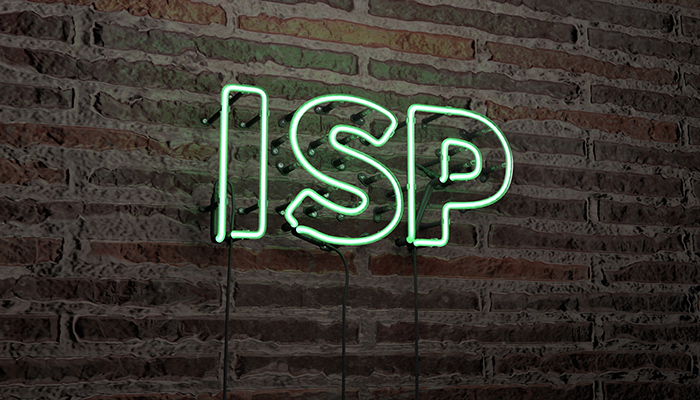 As you may have heard if you’ve been following the news at all recently, Congress recently voted on a measure that could significantly roll back consumers’ internet privacy in the future; that measure has also been signed by the president, making it the law of the land.

So, what does this bill actually do? You may have heard something about ISPs and your browsing history, but what’s the whole story? How will internet privacy really be impacted, and what will this mean for consumers, internet providers, and marketers in the years ahead?

Let’s dig into the many possible ramifications – positive and negative – of this legislation:

First – and this is a point that seems to be getting lost in the shuffle right now – it’s important to realize that this isn’t, in fact, a new law, but a measure preventing a law passed last year from actually taking effect.

A bill originally proposed by the Federal Communications Commission in 2016 “would have broadened FCC privacy rules so they also applied to broadband internet service providers (ISPs),” meaning that companies like AT&T or Verizon would have needed “to get consent from customers like you before sharing (or selling) your personal data and web browsing history with advertisers,” according to NewsHour’s Iman Smith.

Technically, this FCC measure never got the chance to go into effect, so this new bill doesn’t necessarily change anything, from one point of view. On the other hand, this bill does block the FCC from pursuing similar legislation ever again, which could significantly neuter the power of the watchdogs to keep ISPs in check moving forward.

What Does This Bill Actually Do?

So, then, this bill kills one proposed rule and frees up ISPs from federal oversight. But what actual, practical effect will it have? At this point, we can’t really be sure. As Russell Brandom and Jacob Kastrenakes explain for The Verge:

“With the protections gone, no one’s quite sure what to expect — some suspect their browsing habits are going up for sale, while others see no changes coming whatsoever. That uncertainty and confusion is justified: the rules Congress shot down were meant to clarify an existing set of already vague and confusing policies.”

The primary point of concern stems from that first point – the ability for ISPs to sell an individual’s browsing history and aggregated personal data (including geolocation) to third parties, including advertisers, private companies, and, perhaps, even the government, all without you ever being notified or giving your consent by “opting in.”

What Does This All Mean for Consumers, Marketers, and ISPs?

What these changes mean for ISPs is, to put it bluntly, the possibility of fatter pockets; without stringent FCC regulations in place, ISPs are, in theory, free to create detailed customer profiles, which they can then pass along (for a price) to marketers who want to connect clients with their ideal customers, or those most likely to make a purchase based on demographic data.

It’s important to remember that these consumer profiles are anonymized; as The Verge points out, there are still laws on individually identifiable data that bar the sale information of specific people or groups.

It’s also very important to remember that social media platforms and search engines are already collecting and selling data on users. This legal passing along of information is what allows Facebook targeting to be so specific, or why you suddenly start to see ads for new shoes shortly after you Google “shoe stores near me.”

One of the big reasons that ISPs opposed the original 2016 FCC bill was out of a perceived need to be able to compete with these platforms, which are regulated by the FTC, which does not force sites to obtain customer consent before collecting and selling personal data.

To ISPs, then, this bill simply levels the playing field, allowing them to compete with behemoths like Amazon, Facebook, and Google for marketing dollars. Even if ISPs now feel emboldened to take additional steps in researching and creating consumer profiles – such as buying loan and credit history – this is all information that was already available via other channels, and which, indeed, was already being bought and used for targeting purposes by Facebook, according to this report from ProPublica.

Critics, however, say that the matter is thornier than ensuring economic competition and fair play. As the editorial board notes in the Minneapolis Star-Tribune:

“Consumers can switch search engines if they have concerns about how their information is handled and refrain from certain websites for similar reasons. But it’s harder when it comes to broadband providers. Rural customers often don’t have much choice, and even where choice exists, providers typically commit customers to extended contracts.”

In other words, when consumers have little choice, there’s little that’s fair about it.

So, what can consumers do to protect their privacy online? As The Verge points out, most service providers offer ways to “opt out” of targeted advertising; in most cases, though, The Verge notes, “it's not clear that opting out will prevent ISPs from putting your data to use — you're opting out of seeing [targeted] ads, but not out of providing data.”

Other tech and internet experts have recommended investing in a VPN, or Virtual Private Network. As Lorenzo Franceschi-Bicchierai explains over at Motherboard, VPNs:

“add a layer between your computer and the internet, forcing your connection to go through another server before going out onto the internet, and hide your browsing habits to your ISP.”

There are dozens of VPNs available on the market, however, and many are of dubious quality; as another Motherboard writer puts it: “using a VPN sucks,” and “’use a VPN’ is not a feasible longterm, everyday privacy protection strategy for the masses.” And, of course, you may be hiding your browsing habits from your ISP, but you will still necessarily be sharing them with you VPN provider.

The most effective way to protect your internet privacy, perhaps? As several sources explain to NewsHour, the best way forward is to lobby your representatives, your state government, and your ISP itself for transparency and accountability.

Have any more questions about the future of internet marketing? Want to talk shop or sound off on this bill? Don’t hesitate to drop us a line!