Gadget of the Week – Nintendo Switch 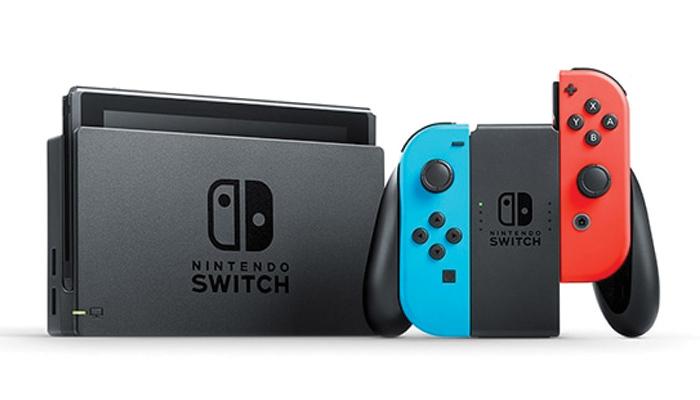 Only true 90s kids remember the Gameboy, right? While it looks like an absolute Cold War relic by modern design standards, that bulky little rectangle was an eye-opener for countless Gen X-ers and Millennials; being able to take fun, addictive video games on the road was a revelation akin to discovering penicillin, only curing road trip boredom instead of pesky infections.

For a lot of younger gamers, though, the Gameboy never even registered; instead, these younger geeks grew up with hyper-futuristic mobile gaming systems like Nintendo’s 3DS - if they had a gaming device at all. Indeed, for a lot of kids, handheld gaming has always meant smartphones or tablets, and the idea of shelling out for a different device may seem downright unbelievable.

For older and younger gamers alike, the Nintendo Switch is here to bring portable gaming back – and take it to places it’s never gone before. Namely? The living room!

You see, the Switch blends the best of handheld and console gaming into one sleek, modern hybrid package. Gamers can easily use their Switch with a big screen TV system – as they would a Wii or PS4 – by docking it in a charging cradle. To take their gaming on the go, the Switch is easily transportable and has a beautiful, 6.2-inch LCD screen. Even better, the switch offers the ease of console gaming at work or school, thanks to the system’s “Joy-Con” controllers: Attach the controls to the side of the Switch to play in “tablet” mode, or slide them out and prop up your Switch to play one- or two-player games as you might in your friend Josh’s old basement.

While the gaming lineup for the Switch is currently on the “anemic” side, according to CNET, Nintendo has promised that indie developers will be allowed to create games for the console, and has suggested that more than 60 titles should be available by the end of 2017. In the meantime, that same CNET reviewer recommends checking out The Legend of Zelda: Breath of the Wild, which is being hailed as one of the greatest video games ever.

Looking for a versatile gaming experience on one of the most fascinating pieces of hardware to ever come from a gaming company (Virtual Boy excluded)? You can get your hands on a Nintendo Switch system for $299.99 through many major retailers, including Best Buy, Amazon, and GameStop.

Have you gotten your hands on a Switch? Played through all of that new Zelda? Think there’s another gaming gadget we should feature here? We’d love to hear from you! Drop us a line on Facebook or Twitter to talk tech!