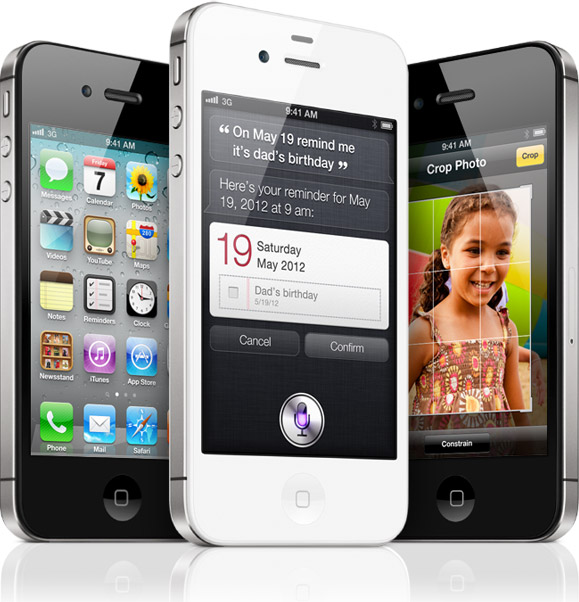 Geeks the world over have been hotly anticipating today's Apple Keynote at their headquarters in Cupertino, CA.  We tuned in to hear more details of iOS 5, check out how the line of devices (computers, iPods, iPads, and iPhones, oh my) might be changing, but mostly, we tuned in to learn the future of iPhone.  That future, as of this moment, comes in the form of the iPhone 4S, but not yet an iPhone 5.

The device, while appearing nearly identical on its exterior, contains all new parts - an A5 processor, new camera sensor and lenses, faster data speeds, and improved antenna, CDMA capability, and new software, iOS 5, which will also be available on (many, but not all) earlier generation devices.

The Apple website and store have been up and down all day.

The folks over at Engadget did a LiveBlog during the Apple event, which is where we got most of our up to date news.  Thanks Engadget!

Engadget has a ton of coverage related to the news - iOS5 and iPhone 4S news mostly.

So, we Android-overs over here at Geek | Chicago have some decisions to make.  Do we get the iPhone 4S?  The HTC Amaze 4G (with many comparable specs, and available next week on T-Mo), or wait for the iPhone 5, which we're guessing will be announced in the spring?