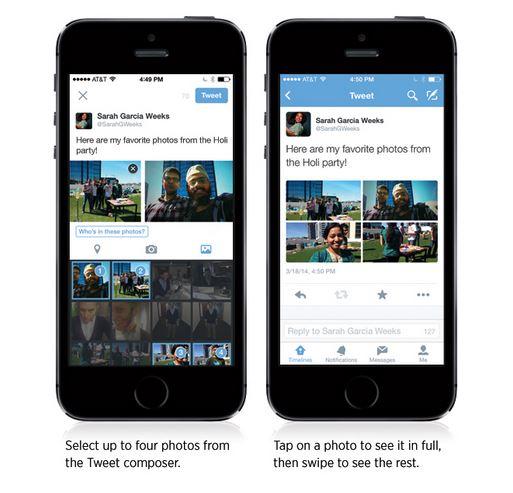 Twitter recently made another advancement in their ever evolving social media experience which allows users to tag up to 10 people without losing any of the coveted 140 characters per tweet.  That's right - tags don't count towards your character limit.  The world feels a little bigger, doesn't it?

Not only that, Twitter is now allowing you to add up to 4 photos to your tweet as opposed to the previous 1 photo.  Oh, the possibilities.

We're not sure.  Integrated tagging features aren't exactly a new idea in the social media community (aka Facebook and Instagram).  Just like Facebook users survived the transition to #hashtags, we imagine Twitter users will come to find this tagging functionality second nature in no time.

Additionally It is clear that Twitter is becoming a more image-driven platform, which many speculate (including Gizmodo) has to do with it's competition over at Instagram.

How do you feel about the change?  Let us know your thoughts.