Gadget of the Week – Our Favorite OnePlus 6 Predictions 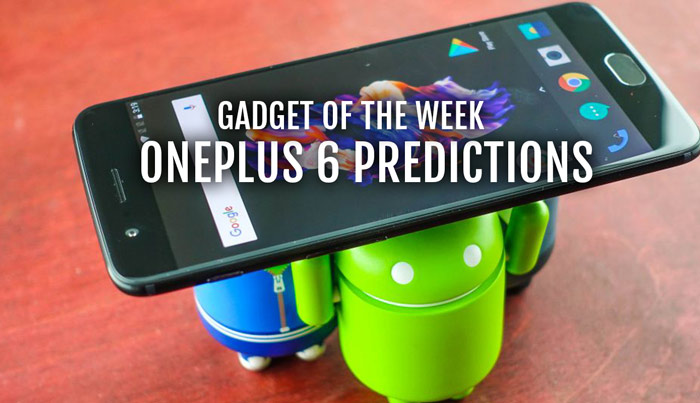 The OnePlus 5 may only be a few months old, but that hasn’t stopped true smartphone aficionados from already beginning to look ahead to next summer, when OnePlus will likely drop the next generation of its flagship smartphone, a model that speculators have started calling the OnePlus 6.

And while the OnePlus 5 garnered generally positive reviews earlier this season – with CNET even calling it “simply stellar,” and claiming that it “delivers a grade-A experience and nearly all the specs you demand in a flagship phone” – some fans are eager to see what further advancements OnePlus can manage to pack into its next phone.

As of right now, gearheads can only speculate about what features may come bundled in with the OnePlus 6. It is certainly safe to say that expectations for the model are high – but what can OnePlus devotees realistically expect next year?

One early prognosticator of things to come may just be the spec design recently unveiled by Upcoming Phones. While the design is purely “fan fiction” at this stage, it does check off many of the items that you’d expect to find on a typical OnePlus user’s wish-list, including a bezel-less display, a fully waterproof design, an Android Oreo OS, and, of course, a light-up rear logo.

Among the biggest expectations for the next OnePlus is the display; fans are clamoring for an upgrade to a QHD display, which would allow the OnePlus 6 to better compete with iPhone and Samsung devices, which have largely already adopted higher quality displays than the 1080p that comes with the OnePlus 5 handset.

Other big targets for improvement? The Upcoming Phones spec design boasts longer battery life, more memory, and a suite of security features, including both retina and fingerprint scanners, all of which would be nice to see come standard with a newly souped-up OnePlus.

It remains to be seen if the smartphone renegades over at OnePlus will adopt all of the recommendations that are currently being batted around by their fans; we’ll have to wait until 2018 to see just what new features and functions will be factored into the 6.

There is one thing we know for sure, though: Whatever it looks like, the end product will almost certainly be a powerful, affordable smartphone worth checking out.

For more on the latest and greatest in apps, gadgets, digital marketing, and general geekery, be sure to follow our team on Facebook or Twitter, where we keep the conversation booted up 24/7!