App of the Week – Pacemaker 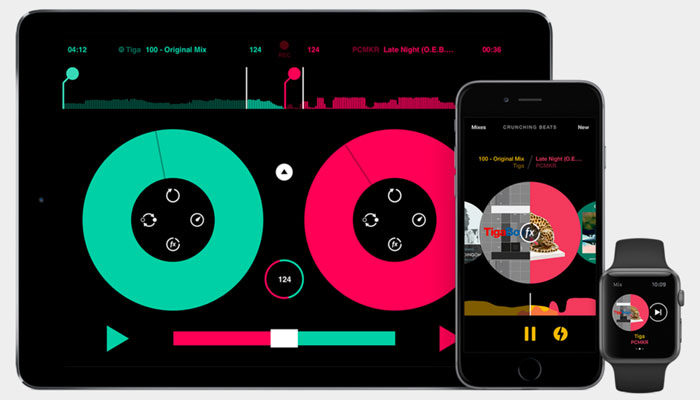 Every party needs a great DJ. Thankfully, if you have an iPhone equipped with Pacemaker, you’ve got all the tools you need right in your pocket!

Pacemaker helps you turn your Apple device into a mobile, touchscreen DJ booth. With the app, you can not only build playlists using iTunes, but also Spotify, based around beats per minute (BPM) or mood.

More than just assembling playlists, Pacemaker lets you create real mixes: With the app’s most recent updates, you can choose when each track on your playlist fades into the next with Mix Transitions. Or, if your audience doesn’t seem to be vibing with your current track, you can seamlessly fade into the next with Mix Now, which will let you skip around without bringing your party to an awkward lull.

For more advanced users, Pacemaker also offers a number of surprisingly accessible effects tools, including echo, reverb, beat-skipping, looping, and beat-sync, which lets you automatically bring two tracks up to the same BPM, making for easy mash-ups and transitions.

While there are more advanced touchscreen DJ tools on the market, Pacemaker is an accessible entryway for novices and a potent tool for more advanced mix-makers. We agree with our friends at The Verge that it’s “our favorite DJ app.”

Pacemaker is available as a free download for iPhone, iPad, and Apple Watch. What are you waiting for? Get mixing!