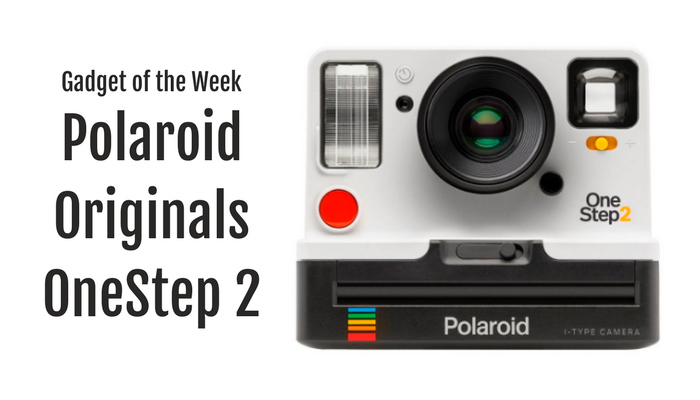 When it first launched a few years ago, one of the big draws of Instagram was its potent nostalgia factor. With its square frames, quirky filters, and “instant” shareability, Instagram was a conscious throwback to the days of the instant camera, a technology that will forever be synonymous with one brand name: Polaroid.

Well, Polaroid has heard the siren’s song, and it’s back, winning over gadget heads and photography nerds with its first instant film camera in nearly ten years.

Dubbed the Polaroid Originals OneStep 2, the camera, it should be noted, is not technically made by Polaroid; instead, like Nokia, it’s now just a brand name. The actual developer of this new camera is a company formerly known as the Impossible Project, and now officially called Polaroid Originals. This organization bought up the last Polaroid patents and factory equipment all the way back in 2008, before rebranding.

Whoever the manufacturer, the fact of the matter is that they have truly accomplished the impossible – created an analog, point-and-shoot camera that feels like a vital piece of equipment for our digital present, rather than a cheap throwback.

The camera itself is little more than an “adorable” box, bearing a viewfinder in the back, a photo output section at the bottom, and a large red button in the front to act as your shutter control. The minimalist design makes it incredibly easy to get started putting the OneStep 2 to work, and there are enough 21st century flourishes (light-up LEDs let you automatically track how much film you have left, and you charge the internal battery via microUSB) to let younger users feel at home.

According to a review from Wired, your photos will develop in 15 minutes or less; the OneStep 2 works with all of Polaroid Originals’ “i-Type” films, which run around $16 for an 8-photo pack.

Ready to try out this perfectly imperfect little camera? The OneStep 2 is a great way to liven up your next party or vacation, and you can snap one up for $99 through various retailers.

Think there are any other cameras or photography apps our team should try? We'd love to hear from you! Drop us a line on Facebook or Twitter to let us know!