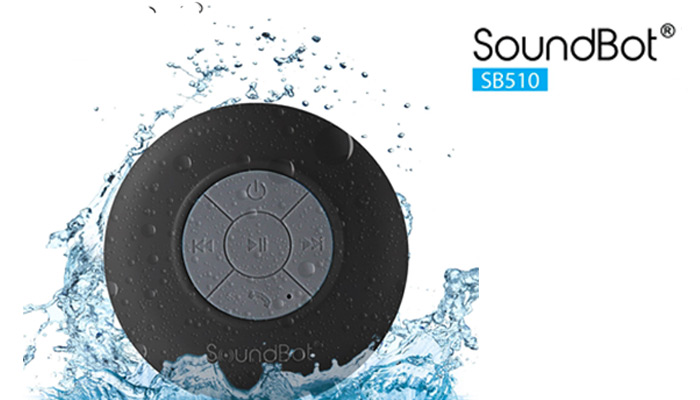 "My wife got me one of these as a gift, and I use it every morning. Yes, I shower daily!! - Our Chief Geek, Jason Finn

Thankfully, the SoundBot Shower Speaker is here to add a little music to your daily scrub!

Designed to withstand watery conditions in the shower or outdoors, the Shower Speaker uses Bluetooth technology to wirelessly sync up with any digital player you can imagine, including iPhones, Android phones, MP3 players, and tablets.

Once you sync up your device, the Shower Speaker does the rest! Boasting six hours of playback on a full battery, a dedicated section cup, and crystal clear audio, the Shower Speaker also offers hands-free playback controls thanks to its built-in microphone. Now, if you want to change the song even while lathering up, you can skip around or pause the audio with just the sound of your voice.

Ready to add a little groove to your next shampoo? The SB510 HD Water Resistant Bluetooth 3.0 Shower Speaker retails for around $11 through Amazon and is available in black, pink, blue, and green.