Take Control of Your Email Inbox With Mailstrom 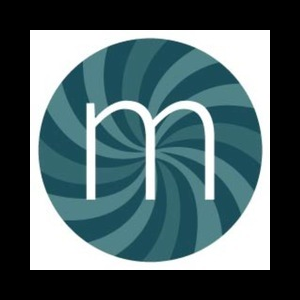 If your email inbox looks anything like ours used to here at Geek | Chicago, we're sure an empty inbox feels like a laughable concept. I remember a time when that sought-after state was literally thousands upon thousands of emails out of my reach, thinking that I would have to lock myself in a room for a week or so, archiving, labeling, deleting, until I reached this mysterious "inbox zero" state.

Thankfully, I discovered the art of email organizational services like Mailstrom. (Just imagine Handel's Hallelujah chorus playing in the background and get prepared to breathe a little easier.)

What is Mailstrom, and How Does it Work?

Many services claim to provide solutions to the ever-exploding email inbox syndrome. We've had some great success with tools like Unroll.me in the past, but Mailstrom was the service that took email inbox organization to the next level.

Mailstrom works with any Internet Message Access Protocol (IMAP) account (most email services.) Just enter your email address, and let Mailstrom do its thing. Liane Cassavoy over at PC World was as impressed with it's speed as we were, as her 22,000 messages imported themselves in at an extremely impressive rate.

Once this loading process completes, you can head over to your Web dashboard to see what Mailstrom makes of your account. It both displays a detailed analysis of the contents of your email, while consolidating emails into assumed groups with common traits, message lines, mailing lists, social networks, etc.

Mailstrom uses a three-column view much like you'd find in Outlook: the first column shows categories, the second shows detail on those categories, and the third lets you see lists of messages (or the content of a specific message).

Really, the simplicity is the beauty of Mailstrom. Other clean-up services (like Unroll.me) do a little more work, such as auto-sorting bulk mail into folders, but Mailstrom really fool proofs the process in its simplicity. In this system, it would be difficult for you to miss any important messages, as it avoids any superfluous sorting functionality that can accidentally mis-sort your mail.

In this sense, Mailstrom leaves you in control. It points out the obvious problems with your inbox, and then lets you take care of them yourself. Perhaps you'll find with Mailstrom that your inbox is receiving an absurd amount of Groupon offers which may just warrant their own folder (which you can great directly within Mailstrom, huzzah!), or that all of your Facebook notification emails can be deleted in one fell swoop without any other thought.

With this free, functional, and extremely user-friendly service, not only was I was able to clean up my inbox in a very short amount of time, I was able to easily maintain it (and set up useful sorting for the future). I am certain you will be able to do the same.

Check out Mailstrom for yourself, and let us know what you think!