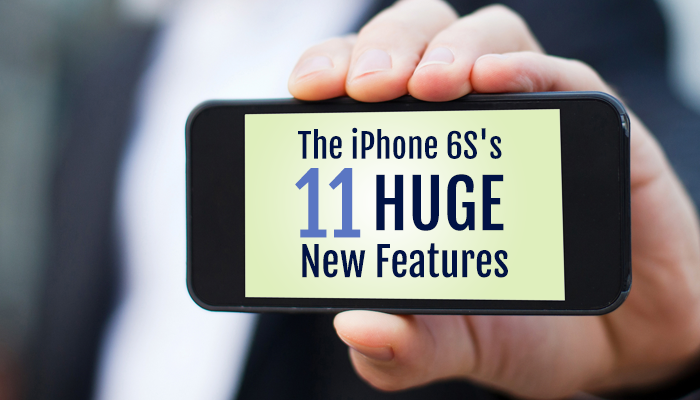 Let's cut to the chase: Experts believe that Apple's iPhone 6S will blow your mind.

In the first major leak regarding this device, KGI Securities analyst Ming-Chi Kuo spoke to investors about what he believes is in store for 6S users. According to AppleInsider, Kuo pointed to the following updates:

Force Touch's upgrades should be a huge draw for iPhone users. This newer technology will improve user experience due to additional input methods and a platform that will support handwritten signatures, both of which will come in handy as Apple seeks to expand in the commercial market.

The screen size will remain the same as older models, but the 6S will not offer a 4-inch model.

You can match your Apple Watch by selecting the 6S's new rose gold finish!

To make conversations clearer, an additional microphone will be added near the speaker. Multiple microphones help reduce ambient noise and ensure the person on the other end hears you, and not traffic.

The camera will probably be upgraded to 12 MP.

An A9 processor with upgraded 2GB LPDDR4 will improve the 6S's hardware.

The 5.5-inch models will have a limited number of sapphire cover lenses.

Touch ID will be have improved recognition software in order to promote Apple Pay.

Production will begin at the end of this month, with an expected 80-90 million devices hitting the US in September.

The iPhone 6S will show off features untapped by previous models, but the most important upgrade will be its improved Force Touch. With the Apple Watch and 13-inch MacBook Pro both using this upgraded feature, the 6S is an obvious next choice for an upgrade.

The 6S should also restore Apple's title as heavyweight smartphone camera champion. While the megapixel count should not be the only deciding factor in selecting a smartphone camera, Apple's history as the top contender speaks to what this change means. (However, we do still believe the flagship smartphone is well on its way to meeting its demise.)

All in all, the 6S will offer Apple users the advancements they've come to expect while offering features upgraded specifically for business.

To get more news about Apple and to stay on top of all things tech, drop Geek Chicago a line or follow our newsletter.