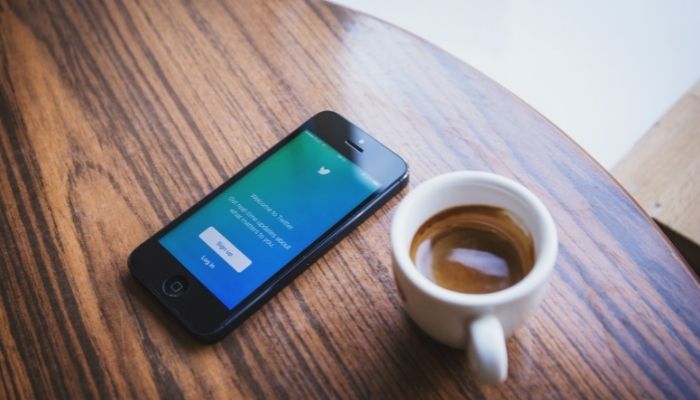 said company representatives during the unveiling.

The dubious need for a “Blue” variant of Gmail was what made the 2013 April Fool’s joke funny. An entirely cosmetic update, fluff, something that no one could ever be excited for...certainly, no one would pay money for such a thing.

Nearly a decade later, Twitter seems to have resurrected the idea of Gmail Blue under a similar name, and they’re dead serious about it. For the low-low price of a tall Americano, you can enjoy ad-free scrolling, custom UI controls, and seasonal app icons, along with other frivolous additions to their user experience.

Initially only available in select regions, Twitter Blue has now launched in the U.S. I, like many of my peers, have a love-hate, obsessive-compulsive relationship with the bird app. As someone more than familiar with the legacy ad-supported version of Twitter, these are some honest first impressions of what Twitter Blue has to offer.

Let’s start with the headline feature of Twitter Blue: Ad-Free scrolling. Twitter’s ads are generally unobtrusive to the scrolling experience, unlike Instagram, which sends me a barrage of in-feed carousel ads for athleisure products every three minutes. Twitter ads feel less sales-y by comparison. While the user experience will differ for everybody, “Promoted Tweets” feel unmemorable and brief. I have suspicions as to why. 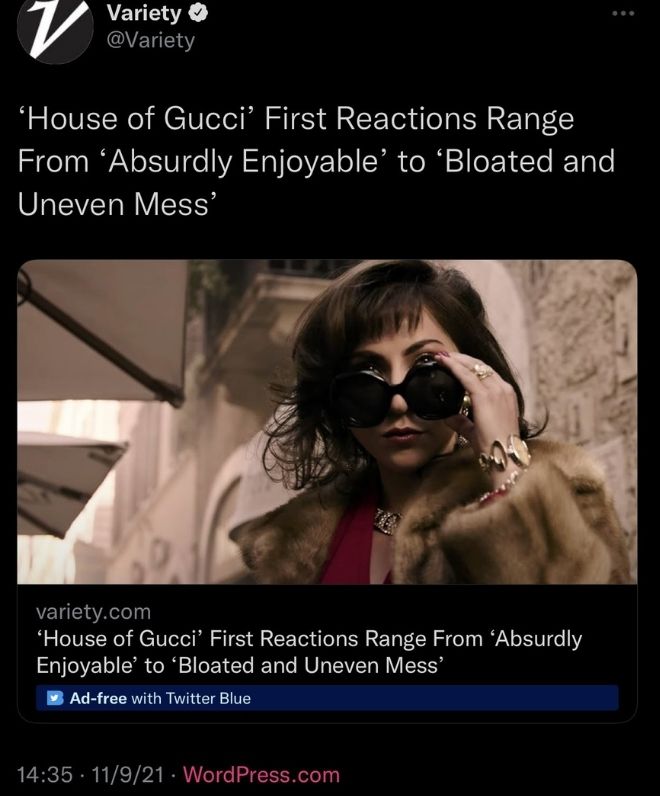 Tweets by their very nature are disposable. Instagram implicitly asks you to look at, admire, and gawk over every in-feed image. Take a good hard look at your friends in Hawaii. Look how beautiful this street mural is. Admire the dog’s pretty face. This is in part what makes Instagram ads effective: you are conditioned to take a good look at everything that crosses your line of sight.

Twitter’s algorithm often refreshes before I get the chance to read my entire feed. You read a one-sentence hot take and move on your merry way. There’s never an end to the content. Instagram friends can only post so often a day. Twitter discovers topics you like and places related tweets directly in your feed without asking.

Needless to say, I hardly feel any difference with my experience on ad-supported and ad-free versions of Twitter.

What’s not to love? Your Twitter icon can be a new color,  Black, Red, Purple, Green, and more! Want to get in the Thanksgiving spirit? Enjoy the limited-time seasonal icons! Mind you, changing app icons is a feature that Android users have accessed for free for several years. 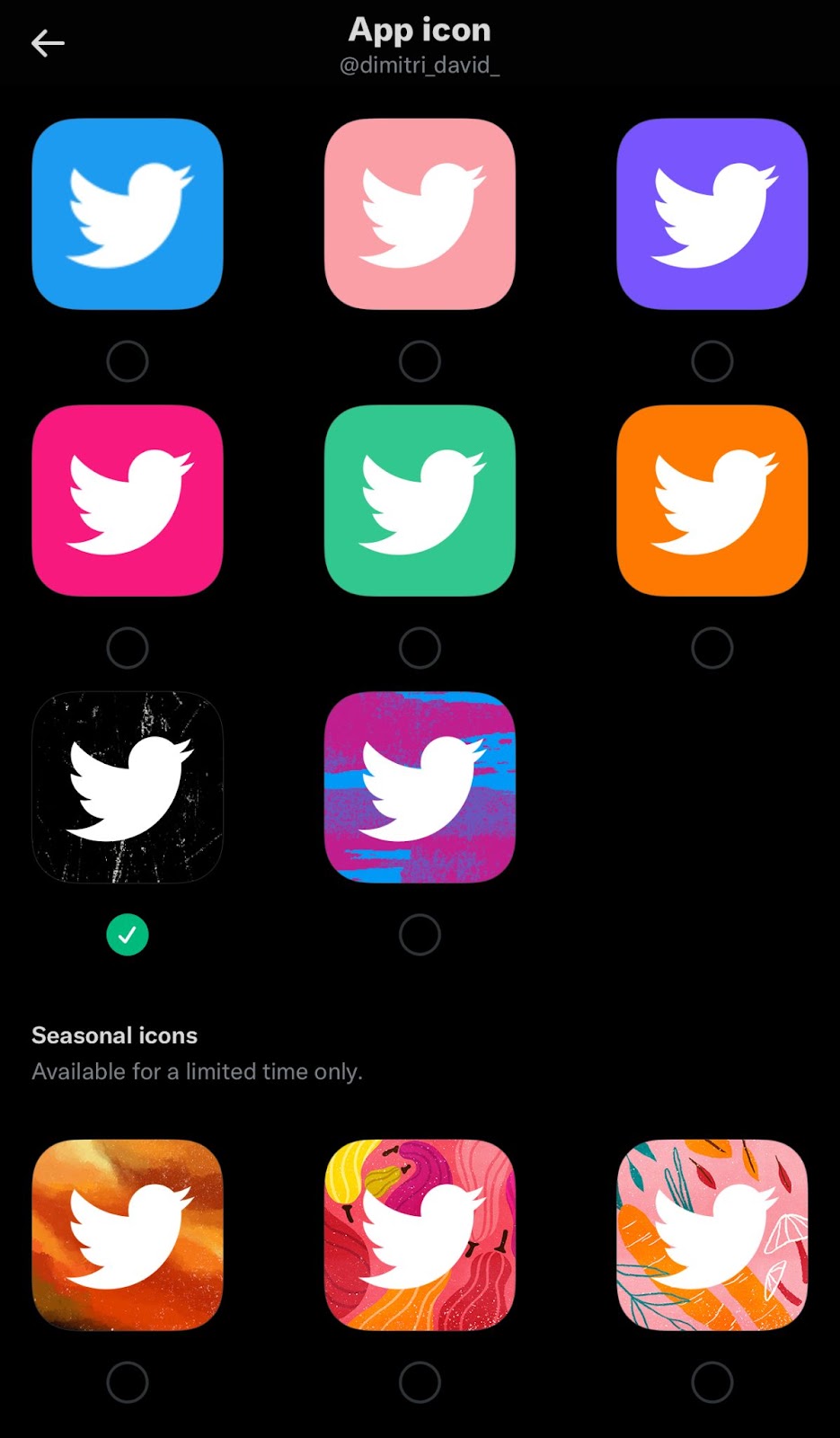 Twitter Blue allows your app icon to reflect your deep-rooted love for carrots and squash.

While the idea of seasonal and custom app icons seems nice, the functionality doesn’t seem like it’s quite there yet. I upgraded to Twitter Blue the night it became available in the U.S. and couldn’t make use of this feature until the next day. On the “edit icon” screen, I would press the icon I wanted, and nothing would happen. No matter how many times I closed the app, refreshed the app, and rebooted my phone, the default light blue variant remained.

Finally, the next day, the bug was fixed. I sported the black logo variant, in keeping with my “night mode everything” philosophy. It was a glorious two hours of self-expression: choosing one of the dozen or so icon options that fit my personality. Although I only saw the icon for a brief moment before opening the app, I felt I had reached the peak of Maslow’s pyramid of self-actualization.

Hours later, the icon reverted to the default baby blue without explanation.

Although I changed it back to black, it still reverted to default Blue within a few hours once more. This is certainly a bug that will be fixed in the coming weeks, but so far, my disappointment is immeasurable.

Blue’s Customizable User Interface Is A Bit Of A Letdown

The next feature that feels worth mentioning is the customizable User Interface. Do you, dear reader, despise having to swipe left on your screen in order to click the “profile” button? Twitter Blue may be for you. Now with customizable menus, you can add the profile button to the bottom of your in-feed UI, and even customize the order in which all the buttons appear on the menu bar. What a time to be alive. 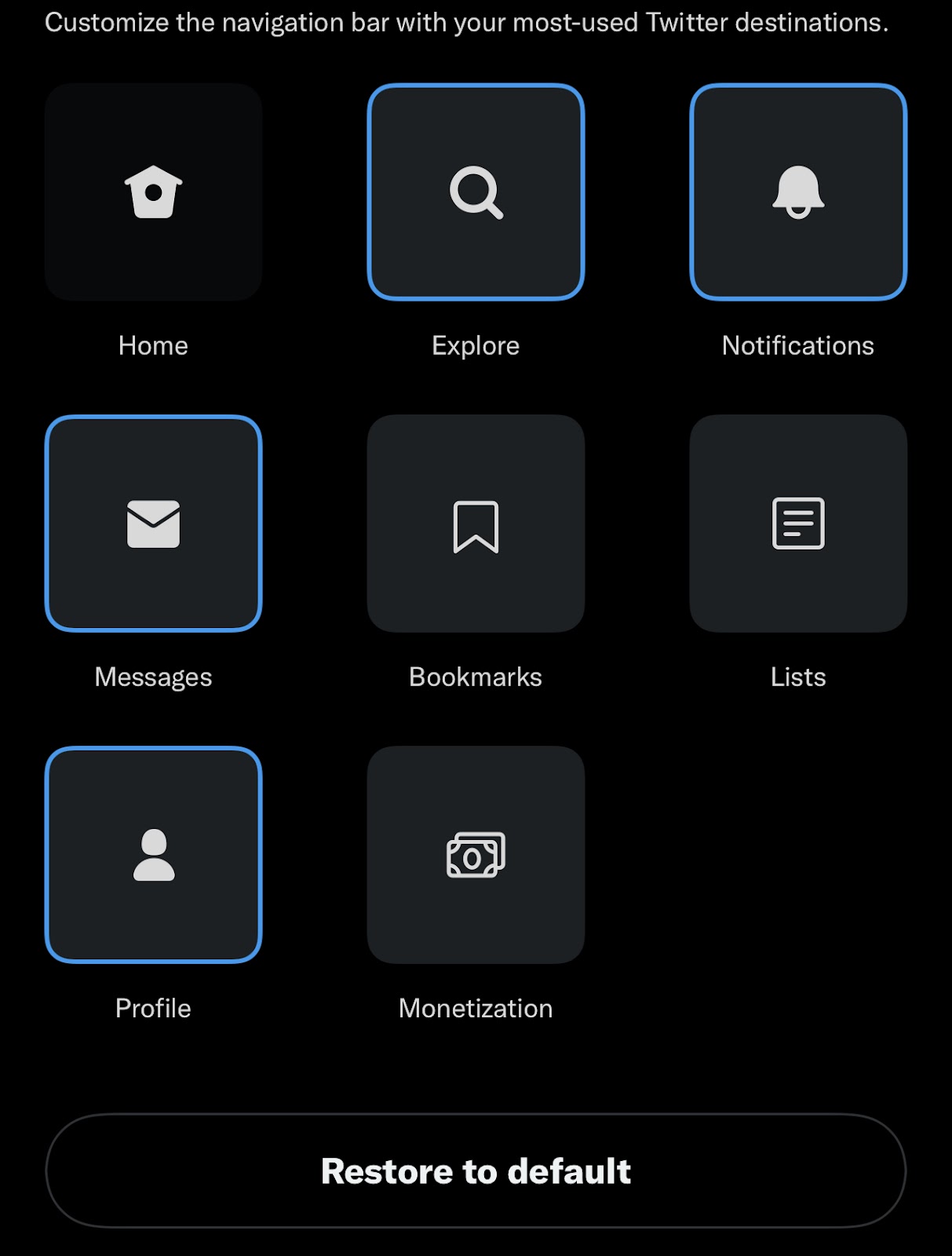 While there are other, smaller features here and there (including custom text size and hashtag colors), I haven’t had a proper chance to test them out yet. Likely, we’ll cover them in a later, more in-depth review of Twitter Blue’s offerings. What I am curious about, however, is if these features will ever come to other versions of Twitter. For instance, I primarily use Twitter on my MacBook, and despite having a fully-updated version of the app on my dock, I don’t see any of the Twitter Blue features that are available on iOS.

As of now, I’d rather have had my morning coffee over this grab-bag of “premium” features. While I’m open to the idea of paying for a premium experience on a social platform (a la LinkedIn), Twitter Blue’s offerings feel like features that should be included in the ad-supported app in the first place. If you want to pay $2.99 a month so your hashtags can appear in pink as opposed to the traditional blue, by all means. For the vast majority of people, however, Twitter Blue just isn’t worth it.