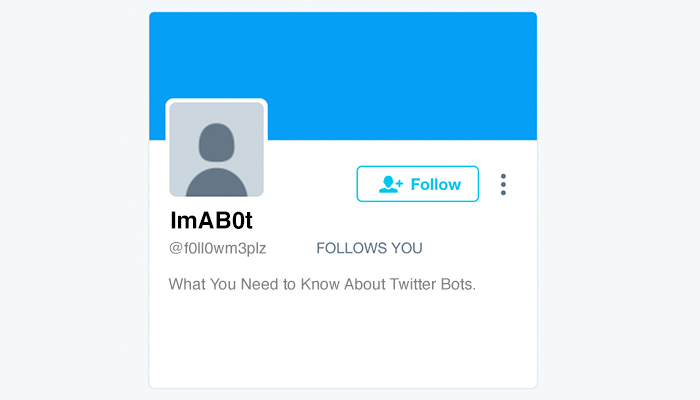 For as long as the internet has existed, there have been people trying to simplify, automate, and organize it. Out of this quest came significant improvements in AI, or artificial intelligence, advances that could forever change the way humans are able to obtain and process the vast swaths of information available online.

Of course, there has also been a dark side to all of this progress, as people try to game systems for their own personal gain, or, worse, to use social media and other digital content platforms to distort or even weaponize parts of the internet.

The scapegoat that embodies the worst aspects of this digital dark alley: The bot.

Before we go into the downsides of the rise of bots online, it’s important to take a step back and realize that the mere existence of bot technology isn’t inherently evil or malicious. Indeed, when technologists talk about “bots” in the broad sense, they’re really just referring to any software application that can execute commands, reply to messages, or perform routine tasks on the internet automatically, or, at the very least, with minimal human intervention.

There are many, many different types of bots operating online at this exact second, and some are absolutely essential in providing services that most of us use every single day. Google’s crawler, responsible for examining, categorizing, and ranking the information that goes into search results, is one such example of a good bot. There are also bots that crawl the web for copyright infringement, that solicit and respond to online feedback, and that provide constantly-updating information on topics such as the stock market or weather forecasts.

So bots, then, aren’t inherently bad, and many, indeed, comprise the very backbone of our internet infrastructure. Instead of dismissing the tech out of hand, it would serve to remember that it all comes down to the specific functions that a bot has been programmed to carry out.

And that brings us to one of the scourges of modern social media – the Twitter bot.

The New York Times offers a fairly succinct example of what it looks like to come across a Twitter bot in the wild:

“If you post a tweet and get a nearly immediate notification that a new account has replied or is following you, odds are the new follower is a bot programmed to search for posts containing certain keywords. As it searches Twitter for posts that match its keyword list, it may automatically follow or reply to the user who published it.

Accounts sporting generic-looking photos or plain “egg” avatars are often bots, as are those following hundreds of accounts – but with only a few followers of their own. Bots also tend to repeat the same message over and over, which should be evident in the profile’s timeline.”

As for why these bots are searching for keywords? There could be any number of reasons. Some corporate-approved bots run for the purpose of finding and addressing complaints, or else to create a feeling of activity, which may spur increased followership or engagement.

Other bots are designed specifically to target and harass individuals on Twitter. Others actively promote questionable products or links to blatantly false “news” stories, at a volume and a pace that an individual user could never achieve on their own. And the effects of this widespread campaign of misinformation can be world-altering. As Mother Jones puts it:

“Bots make it easy to spread a given message, but that also creates a problem: Twitter followers often don't know they're retweeting or forwarding deliberately false information from unknown sources, which can then potentially further polarize the populace and overstate a message or a candidate's actual support.”

Fake profiles and phony “likes” aren’t limited to Twitter – indeed, Instagram has recently been waging a pretty vehement war against bots on its platform – there is substantial evidence that the bot problem is particularly pronounced on the micro-blogging site.

In fact, a recent analysis from computer scientists at Indiana University and the University of Southern California suggests that up to 15% of active Twitter accounts could be bots; that means that as many as 48 million fake accounts may be pushing lies, spam, and compromised links on Twitter right now.

That’s staggering. And it has negative implications that go far beyond the political. For instance, that massive bot population throws the entire nature of Twitter marketing – its efficacy, its reach, and its purpose – into question for countless brands using the platform for social marketing media marketing.

After all, fake followers may create some sort of engagement or bulk up a list of followers, but they can’t create value in the real world for a brand who relies on taking in clients or selling a product; after all, with bots, there’s no “there” there. The massive reach of these automated accounts also dilutes the real messaging of brands who are using Twitter authentically, wearing down audiences and making it harder for brands to get their narrative to the forefront. And then, of course, there’s the matter that bots could be actively harmful, spreading malware, fishing for personal information, and generally making your current Twitter feed look like a Hotmail inbox from 2002.

While it may be all but impossible to ever fully purge its network of malicious bots, Twitter has been taking some key strides toward downplaying their negative effects in recent weeks, unveiling a handful of new security features, including the ability to block accounts without profile photos or verified email addresses.

Still, it's important to realize that there's a long way to go. And with Twitter's growth largely stalling in recent years, tackling this major drawback to its service could make a huge difference in encouraging fence sitters to revisit the social network.

Want to talk in more depth about the future of social media? Looking to launch a digital marketing campaign but feeling a little lost? That’s where our team comes in! Don’t hesitate to drop us a line with any questions or concerns today!