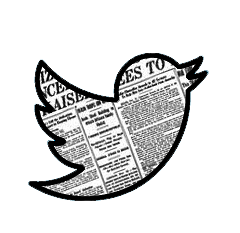 Facebook users are no stranger to the concept of customizing their timeline - however, don't get this confused with Twitter's newly-released "Custom Timeline".

Twitter's new Timeline feature is a cross between Twitter Lists (where one can group together Tweeters in categories) and a story curating tool (à la Storify).

Twitter's intention with building this new tool is to, essentially, allow users to craft a story on a specific topic. Where Lists help you group together Tweeters of a specific category, Timeline helps you create a specific category based around your hand selected tweets.

Twitter #music curates the best celebrity tweets by sifting through individual entries by superstars. It can also be used for more subtle (and hard to automate) parameters, like Vines only (short videos hosted on the Vine service.)

As of now, Twitter Timelines are only available through TweetDeck - a Twitter-owned application that lets you consolidate your Twitter activities in one space. TweetDeck is, essentially, HootSuite... but optimized for Twitter (and exclusively Twitter).

Timelines are geared toward your own hand-selection, and have not yet moved into the automated realm. Twitter may be a little late to the party on this endeavor, but hey - better late than never. We anticipate this development will additionally help better integrate photos and Vines into Twitter's interface.

What's your experience with the new Timeline feature? Is it a good move, or is it too little too late? Let us know your thoughts.