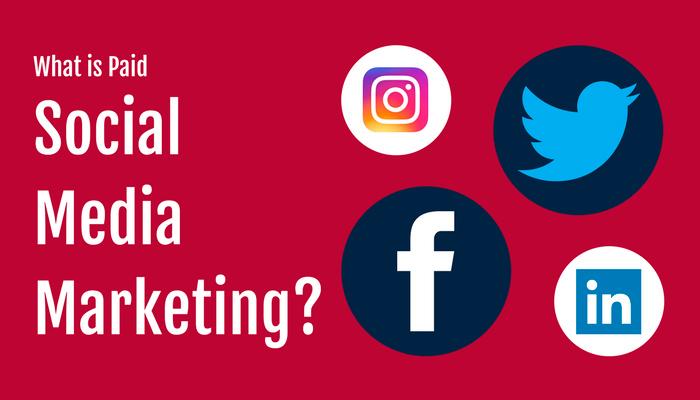 Back in the early days of social media, when everybody still “poked” each other on Facebook and VR was just a glimmer in some developer’s eye, the process of using it for marketing was direct and easy to grasp. It could be difficult to master completely, sure, but it was cost-effective to start and just about every element made sense, whether you had an MBA or not.

You used Twitter, Facebook, Instagram, or LinkedIn to build up an audience. You carried out a conversation with that audience by posting photos, links, videos, status updates. You made impressions, spread your brand narrative, and drove referral traffic to your website. You responded to customer feedback when it came up.

And you did all of these things organically – meaning that you didn’t have to pay a fee to the social network of your choice to reach your audience.

While it’s still technically to free to start using social media for marketing purposes, the reality is that the game has changed. Organic reach, once the end-all and be-all for social marketers, has rapidly trended toward zero on Facebook, while algorithmic changes to Twitter and Instagram make it increasingly hard for your content to stand out.

Meanwhile, social media networks have consistently been rolling out paid advertising tools, bringing them more in line with conventional marketing platforms such as TV or print. In other words, brands have increasingly had to “pay to play” on platforms that were once ostensibly free.

To put it most simply, paid social media marketing (SMM) is a digital marketing method wherein you pay to promote your ads or branded content on a social network, such as Facebook or Twitter.

That’s it, in a nutshell. Sounds simple enough – and, in a lot of ways, it is actually a fairly straightforward process. But that snappy definition doesn’t necessarily tell the whole story about paid SMM. About where it’s been and where it’s going. About what it can accomplish for your brand. About how you can put it to work right now.

So let’s break it down a little bit more. Here are the three big things you need to know about paid SMM for your brand:

At the risk of sounding like a peer-pressuring bully in a PSA, the simple fact is that paid SMM is ascendant – and if you want your brand to see the benefits of social media marketing, you’re going to have to be able to keep up with your competitors, who may well already be using paid SMM to drive traffic, increase conversion rates, and stoke conversation around their brand.

Just how powerful and ubiquitous has paid SMM become? According to a report from research firm Gartner, 80% of executives implemented a paid SMM campaign of some sort in 2017; with 42% doing so for the first time and 38% reporting that they already had paid social efforts in place.

What’s more, according to a study brought to our attention by PR Daily, half of B2B (50%) and 89% of B2C brands rated “social promotion” as their most effective method for paid outreach.

This is not just a flash-in-the-pan phenomenon, but one sign of a growing, culture-wide shift. Need more evidence? In 2017, internet ad spend, including SMM, topped $200 billion for the first time ever – passing TV ad spend for the first time in history.

And the biggest beneficiary in this increase in spending would be – you guessed it -  Facebook; the behemoth increased its advertising revenue by 62% between 2015 and 2016, higher than the year-to-year growth for both Google (20%) and all other online advertising channels (9%).

If you’re hesitant to invest in social media marketing, there are a few things to keep in mind – which could be enough to swing you one way or the other.

For one thing, SMM’s potential is vast. In terms of goals or outcomes, it’s not limited in what it can accomplish for your brand in the slightest. In other words – if you can think of a goal to accomplish on social media, there’s a way to use paid SMM to reach it.

Whether you want to…

… there’s a paid SMM campaign option right for you.

Even better, social networks – particularly Facebook – offer a wide array of tools that improve your ability to reach the right audience, increasing the likelihood that you’ll see your desired ROI. Using native SMM tools, you can target highly specific audiences based on location, age, or interests, for example; you can also start with what we call “remarketing” (or “retargeting”), which allows you to appeal directly to consumers who have already visited your website or otherwise shown interest in your brand.

And, finally, there are paid SMM options right for just about every budget. Getting started with marketing on Facebook can take as little as a few dollars per day; conversely, you can spend thousands to reach your potential audience, if you so choose. The sky’s the limit, but the barrier to entry is still mercifully low.

With that said, however…

3.) There’s An Art to Getting It Right

While it may only take a few dollars to get started with paid SMM, the reality is that actually executing it to a highly successful degree is far trickier, and requires a more sophisticated and specialized set of skills.

To begin with, it’s vital to realize that every social media platform is different. Every network has a distinct audience that it serves best, has a set of social media goals that it’s the best for achieving, and, above all, has different standards and protocols for images, text, budgeting, and so on. An image that looks great in a Facebook ad, for instance, may be all wrong for Twitter, where images with text are more acceptable – and actually may perform better.

It’s those little quirks and details that add up. Similarly, some of the more advanced elements of paid SMM – daily budgeting, audience targeting, analytics monitoring, integrating tracking tools on your website – can be complex. Getting these little things right is hugely important for maximizing your campaign’s potential for success. Narrowing your audience ever so slightly, or taking the time to A/B test an ad, could mean the difference between a huge surge in traffic and a little one. Taking the time to install Facebook Pixel code on your website could make all the difference between understanding why your SMM is working, or continuing to just take shots in the dark.

Fortunately, this is where Geek Chicago steps into the picture! Our social media team knows all of the ins and outs of what it takes to successfully market businesses of all sizes on Facebook, Twitter, LinkedIn, and Instagram.

We believe in the principle of Marketing as a Service (Maas) – which means that we’re here to take on what you don’t have time for, whether that’s content generation, audience targeting, analytics reporting, or A/B testing and troubleshooting.

Curious about some of our past results with paid SMM? Ready to talk shop? We’re here to help! Drop us a line today to get the conversation started!