Why You SHOULDN’T Upgrade Your Phone 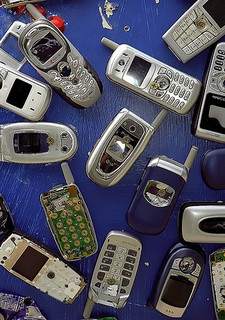 There is a seemingly constant stream of "latest and greatest" phone technology that comes on the market. Trading out the old for the new can be quite exciting: celebrities sport the newest tech gear like a fashion accessory, so its quite natural to feel "cool" when you've modernized your phone.

According to a recent article from TechCrunch, however, upgrading your phone can have a pretty major setback.

Every time you upgrade, chances are your old phone ends up collecting dust somewhere in your house, alongside more past phones and out-of-date technology (hello, Walkmans... or is it Walkmen?) When you eventually decide to chuck some, hopefully you end up giving it to a technology recycling facility of some kind. Recycling means no waste, right?

Unfortunately, e-waste is ever accumulating. We've seen photos of computer parts being taken apart and re-used rather successfully, but not rapidly. Technological waste started really piling up when Apple moved from using a 30-pin adapter to Lightning - unveiling the iPhone and heralding in a new generation of users who would much rather use a touch-screen smartphone than an older button-based model.

Alongside old phones getting tossed in favor of new technology, the number of unusable accessories to accompany the old phones is sure to be a massive quantity. Many iPod docks and iPad connectors became obsolete, as the devices got slimmer, and of course the 30-pin adapter being booted in favor of Lightning. The majority of the obsolete connectors have been abandoned still in good working condition.

So far, there isn't a good answer for the rapidly accumulating technological waste. Take a look at this slideshow from Network World to see how much tech-waste there really is. 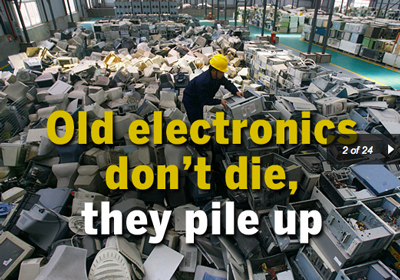 What can we each do individually to help? Try:

Or, if you have a real upgrade problem (like our own Chief Geek) sell your old device on eBay or Craigslist to someone who will use it! Just make sure to ask them to recycle their old phone! With some creativity and a conscious effort in waiting a little while to buy, perhaps we can make a difference.